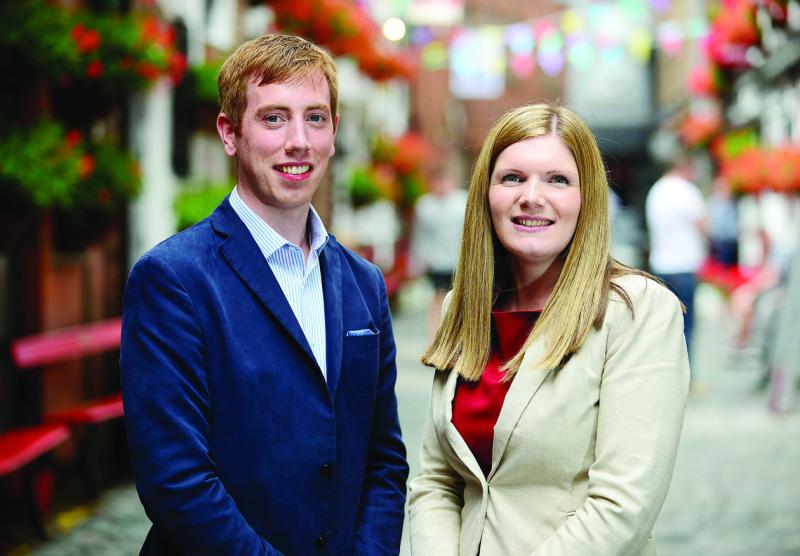 A Derry man who was selected from 16,000 worldwide applicants to take part in intensive leadership training hopes to use what he learned to help Ireland run on 100% renewable electricity. Dr Joe Devlin was part of 50 young people from around the globe who met world leaders, parliamentarians and academics as part of last week’s British Council’s Future Leaders Connect programme. The nine-day programme included advanced policy and leadership training at the Møller Institute, Churchill College, University of Cambridge, and visits to the UK Houses of Parliament and No.10 Downing Street. Dr Devlin, who works in Belfast as a Senior Market Analyst at Viridian Group, had to undergo a gruelling selection process to secure his place on the course. Applicants had to outline one major global change they would like to see over the next five years. Dr Devlin, whose area of expertise is the analysis of energy markets and forecasting energy prices, chose to focus on climate change as his global challenge. He was also part of a small group who were selected to make a presentation to ‘The Elders’, an independent group of world leaders founded by Nelson Mandela in 2007, working together for peace, justice and human rights. He later found that his speech was watched by 50,000 people on Facebook Live “We were asked human rights meant to people across the world on the 70 th anniversary of the Universal Declaration of Human Rights,” explained Dr Devlin. “I’m a very proud Derry man, although I am now an exile in Belfast. “And for me there is no better example than the civil rights movement in Derry which has just had its 50 th anniversary. “John Hume always tried to do the right thing, he was there at the march in 1968 and he was saying the same thing in 1998 at the Good Friday agreement. Dr Devlin said he hopes to use what he learned to help effect change. “In Northern Ireland, a lot of people want to change things, but don’t know how. “I want to come home with a rock solid action plan, know who I should be talking to and make the right connections so that I can effect real change. “The impact of climate change is not a distant threat. It is something that will affect us all if we don’t do something - and we can stop it, if we introduce strong policy changes right now.” For more information on Future Leaders Connect or British Council Northern Ireland, visit  http://nireland.britishcouncil.org or  www.britishcouncil.org/futureleadersconnect. Dr Joe Devlin, a Senior Market Analyst at Viridian Group and  Laura McNamee, a  Policy & Public Affairs Officer and Practitioner Support Officer at Housing Rights  have been chosen to take part in British Council’s Future Leaders Connect programme.
ADVERTISEMENT - CONTINUE READING BELOW