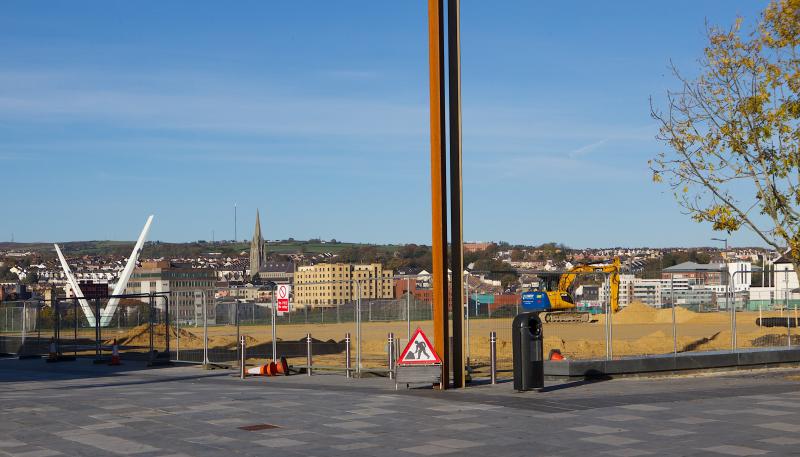 A MAJOR resurfacing project which would see the existing loose gravel replace with exposed concrete and grass is to go ahead at the Ebrington parade ground in Derry. The move was approved at Wednesday afternoon’s meeting of Derry City and Strabane District Council’s Planning Committee, held in Strabane. Previous meetings of the committee heard concerns that the new surface could impact on the site’s ability to hold large scale music events, given that it would no longer be ‘fit for purpose’. However, speaking at yesterday’s meeting, the SDLP’s Tina Gardiner said that she was ‘satisfied’ that the new surface would not ‘hinder’ the site hosting major events in the future, and proposed that council accept the recommendation to approve the application. The DUP’s Hilary McClintock seconded the proposal, but did question the need for the grass verges at the site. Meanwhile, the Waterside Sinn Fein councillor Christopher Jackson said that he had some concerns around the maintenance of grass, but was happy to support the recommendation. The recommendation was then unanimously approved.
ADVERTISEMENT - CONTINUE READING BELOW