BREAKING: Filming of Derry Girls will go ahead in the city centre next week after permit granted despite concerns from a number of traders in Shipquay Street 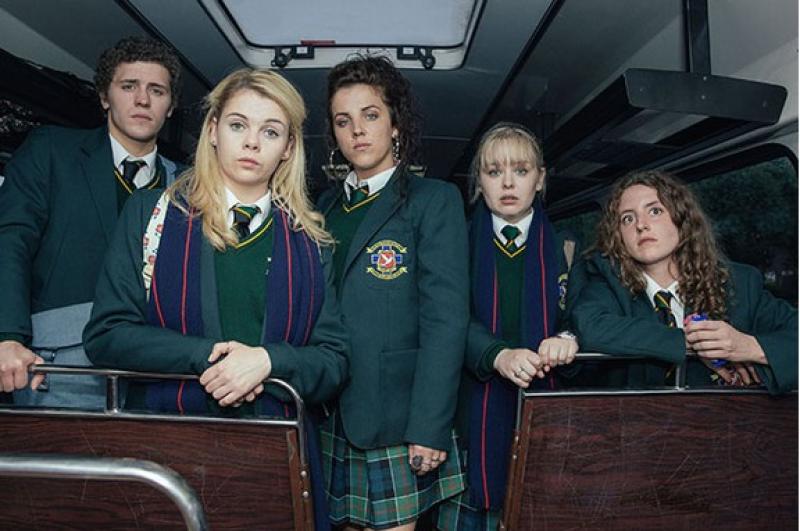 The filming of scenes for the second season of Derry Girls will go ahead in the city centre next week despite concerns from a number of traders in the Shipquay Street area. It emerged earlier today that a number of traders in the street had lodged a letter with the local council opposing plans to close the street to traffic next week to allow filming. The filming would see the closure of Shipquay Place and Shipquay Street to traffic from Thursday, November 15 and on Friday, November 16, between 9.15am and 5pm, where a 'stop and go' system will be put in place. The temporary restrictions only applies to traffic - the street will not be closed to pedestrians. The matter was discussed at a special meeting of Derry City and Strabane District Council's Health and Community Committee, which heard from Hat Trick Productions, who lodged the application, and the traders opposed to it. Speaking at the meeting, Scott Houston of Hat Trick Productions said that Lisa McGee, the creator of Derry Girls, had wanted to film key scenes in the second series of the hit comedy in the city, and that she didn't want to 'fake Derry' given that the show is based here. He added that rather than having a negative impact on the city, the filming, which will use the Guildhall as a backdrop, would bring more people into the area. A representative from the traders said that closing Shipquay Street to traffic would impact on deliveries, adding that the council had a 'duty of care' to look after the traders who were already struggling. Both the PSNI and Roads Service said they had no objections to the closures. The meeting was then adjourned for a short period to allow councillors to discuss the matter confidentially. After it reconvened, the committee chairman, Sinn Fein's Ruairí McHugh said the committee was of the view that the positives 'outweighed' the negatives, and granted the permit for the closures to proceed.
ADVERTISEMENT - CONTINUE READING BELOW