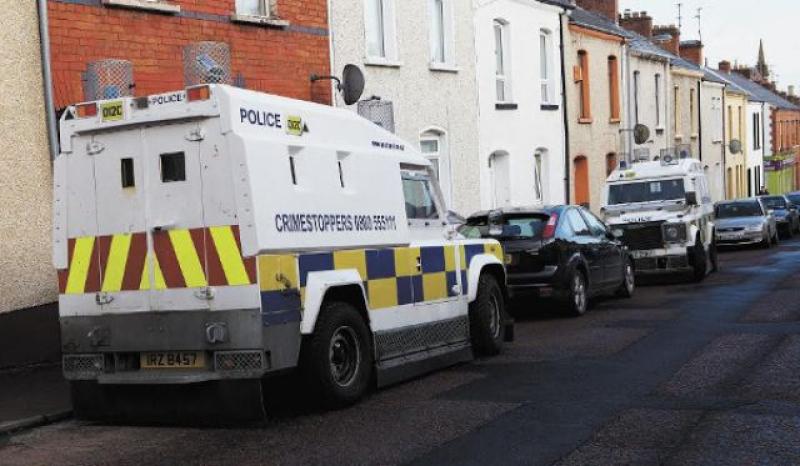 A brothel keeper who housed prostitutes from Hungary, Romania, Poland and Lithuania for a nine month period two years ago, has been sentenced at Derry Crown Court to complete sixty hours of community service. Judge Philip Babington also imposed on 54-year-old Paul McGrory from Ard Fada in the Ardmore area of the city a three year Enhanced Combination Order under which McGrory must obey any directions given to him by his probation officer. Judge Babington warned McGrory that if he failed to follow the instructions given to him by the probation officer, he would be brought back to court and in all probability sent to jail. McGrory, the father of three adult children, ran the brothel from a house at Argyle Street in the Rosemount area between February and November 2016. ABOVE - Police pictured carrying out a raid on the house in 2016.
ADVERTISEMENT - CONTINUE READING BELOW