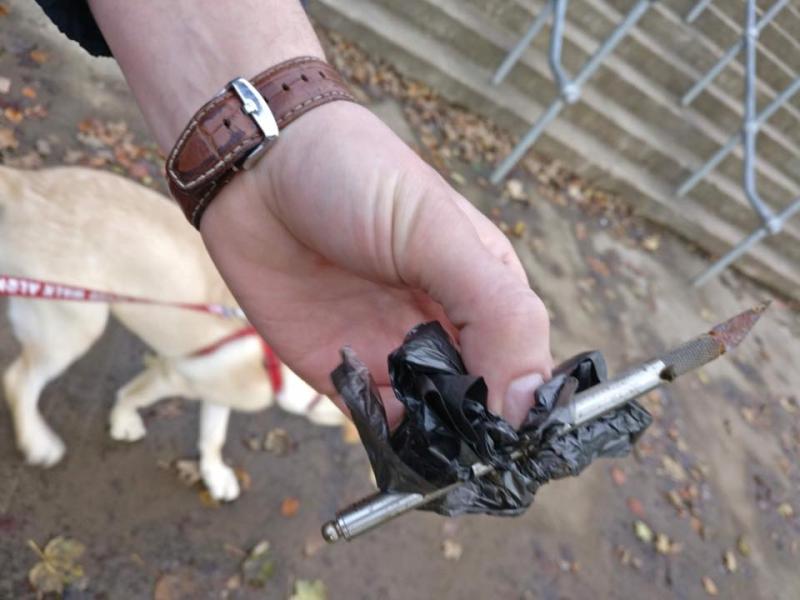 A warning has been issued to parents and dog owners after a scalpel was found at a popular public park in Derry. The bladed object was found at the steps close to the running track at St Columb’s Park in the Waterside area earlier this week by a member of the public. The matter has now been reported to the PSNI. Speaking to the Derry News, the SDLP councillor for the area, Martin Reilly, described the incident as ‘worrying’ given that the scalpel was found in area of the park popular with parents and dog walkers. “Clearly finding this type of sharp instrument is a popular public park is worrying,” he said. “It was located at the bottom of the steps adjacent to the running track and could have caused serious harm to children or an animal. “Thankfully it was discovered by a responsible adult who has to be thanked for her diligence and awareness. Cllr Reilly added: “I have asked Council’s cleansing team to ensure that a good sweep of the area is carried out in case there’s another similar item in this location and have raised the incident with the wardens and the Waterside NPT in case this discarded scalpel is of any interest to live enquiries.” Meanwhile, a spokesperson for Derry City and Strabane District Council confirmed that it is aware of the incident and it has been reported to the police. “We would like to remind people that this is a public park which is used by families, young children and dog walkers,” the spokesperson said. “Such instruments pose a serious threat of injury and if found will be reported directly to the PSNI. “If any member of the public comes across any similar items they are asked to report it immediately to the Community Safety Warden team or the Park Rangers on 028 71341068 for safe removal.”
ADVERTISEMENT - CONTINUE READING BELOW