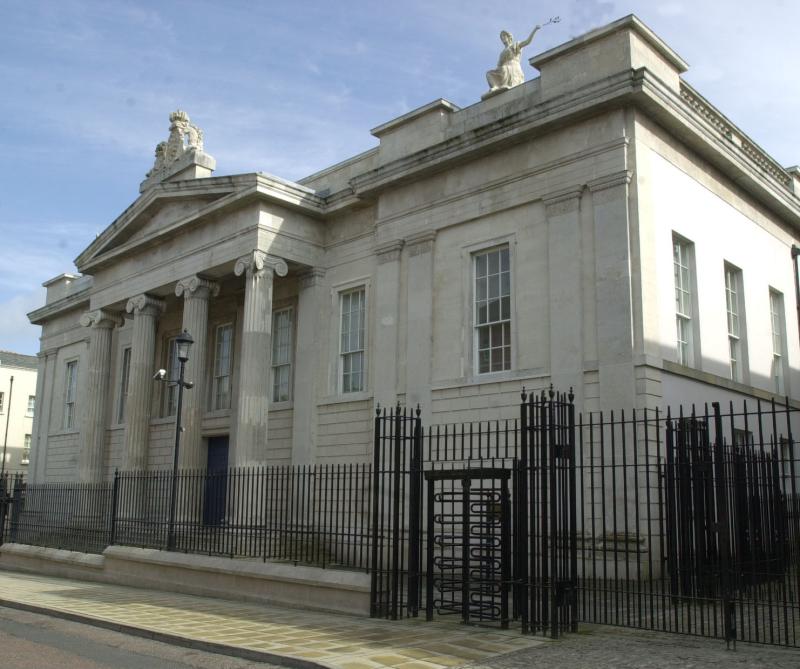 The discovery of a plastic bag of suspected drugs, which was found outside a hotel bedroom in Derry led to the arrests of and a mother, her son and of a third man for drugs offences, a court has heard. The plastic bag was found by a member of the cleaning staff in the Premier Inn on Crescent Link on February 19 of last year. The staff member alerted her supervisor who in turn informed the police. CCTV footage was played and it identified one of the defendants, Billy Rushe, who had spent the week-end in the bedroom with his girlfriend, who was not before the court. The defendant identified on the CCTV was found several hours after he'd checked out of the hotel in a dazed state in the Richmond Shopping Centre with a holdall which contained several drugs. Before the court were mother and son Billy, 21 and Janet Rushe, 42, both from Glenhull Walk in Omagh and Robert James Clarkson, 21, from The Willows in Sion Mills. They pleaded guilty to a combined total of twenty-one drugs offences following their arrests. The drugs involved were 964 grams of herbal cannabis, 90 grams of cannabis resin and 40 diazepam tablets, all of which were found in the Rushe family home. Inside the holdall the police found six ecstasy tablets, 17.63 grams of amphetamine tablets contained in sealed bags, 1,021 diazepam tablets and 170 grams of cannabis. Clarkson also pleaded guilty to possessing two ounces of cocaine, which he told the police he'd been ordered to sell by members of a drugs gang to pay off his debt to them, but he refused to sell the cocaine and instead dumped it. Mobile phones belonging to Billy Rushe and Clarkson were also seized and they revealed substantial drugs related text messages between them, the court was told. Janet Rushe told the police that the drugs found in her home were for her personal use and she used them as pain relief for her crippling arthritis as a result of which she is wheelchair bound. A prosecution barrister said the police believed Janet Rushe ‘tried to protect her son by her admissions’. Supply chain The prosecutor said the defendants Clarkson and Billy Rushe had clearly got out of their depth in terms of their drugs dealing. A barrister for the defendant Billy Rushe said he had a credit facility with people higher up the drugs supply chain. He said Rushe, who was a drugs addict, had to sell more and more drugs in order to pay off his debt to the drugs gang. A defence barrister for Clarkson said the defendant, who was fluent in both German and French and who had achieved grade five in piano playing, was also indebted to the drugs gang and was relieved when his offending was uncovered by the police. “He feared the failure of him repaying his debts to the drugs gang,” the barrister said. She said both Clarkson and Billy Rushe were, because of their addictions, in considerable debt to the drugs gang. A barrister for Janet Rushe said the defendant, who was born in the USA and moved to Omagh almost twenty years ago, was completely innocent of the more serious charges and had acted out of a misguided sense of loyalty towards her son. Judge Philip Babington released all three on continuing bail and said he would sentence them on Friday.
ADVERTISEMENT - CONTINUE READING BELOW