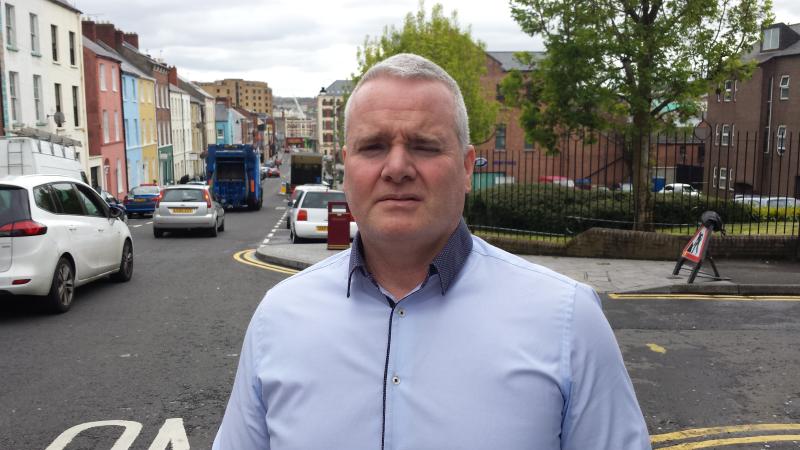 The Police Ombudsman has launched an investigation after a complaint was made in relation to a post on a PSNI Facebook page about the ongoing case of a Derry prisoner. The post appeared on the PSNI Craigavon Facebook Friday, November 9 after a Republican prisoner from Derry, Tony Taylor, was told that his latest parole hearing postponed. The post has since been removed. Mr Taylor was detained in March 2016 after his early release licence was revoked by then secretary of state Theresa Villiers. Mr Taylor was sentenced to eighteen years in jail in 1994 for IRA activity and again for three years in 2011 for possession of a rifle. No further charges have been brought against him and he has not faced a trial, but has remained in Maghaberry prison for over two and a half years. In statement issued at the weekend, PSNI Chief Inspector Mervyn Seffen told the Derry News: “We are aware of the concerns raised and the post has since been removed. “The Police Ombudsman’s Office have been advised and we are reviewing the circumstances.” Yesterday, the Police Ombudsman’s Office confirmed that a complaint had been received and after assessment an investigation was deemed necessary. A spokesman said: “We have received a complaint and have now commenced an investigation.” ‘Fundamental problems’ The independent councillor Gary Donnelly described the post as ‘shocking’ and called for an investigation into the actions of the PSNI staff member. Cllr Donnelly has now said the removal of the post was an acceptance of wrongdoing on the part of the PSNI and points to ‘much deeper fundamental problems’ within the police service. He commented: “It is symptomatic of the attitude of the establishment here towards rights, here was a live tribunal which is heavily stacked against Tony Taylor and whilst that was still live these people were trying to influence the public through social media. “If myself or anybody else had engaged in that type of behaviour then we would face the full consequences. “Tony should be released anyway as far as I’m concerned and this is just another pointer that Tony or anyone else who doesn’t accept the establishment here, this is what they’re going to face.” He continued: “As far as I’m concerned it’s very obvious that with the restrictions on the tribunal and lack of transparency that if you have somebody who’s involved in it making public statements and effectively prejudicing any decision. “It’s black and white but for Republicans it isn’t surprising. “There are much deeper fundamental problems with the PSNI and the Facebook page is another part of it.”
ADVERTISEMENT - CONTINUE READING BELOW