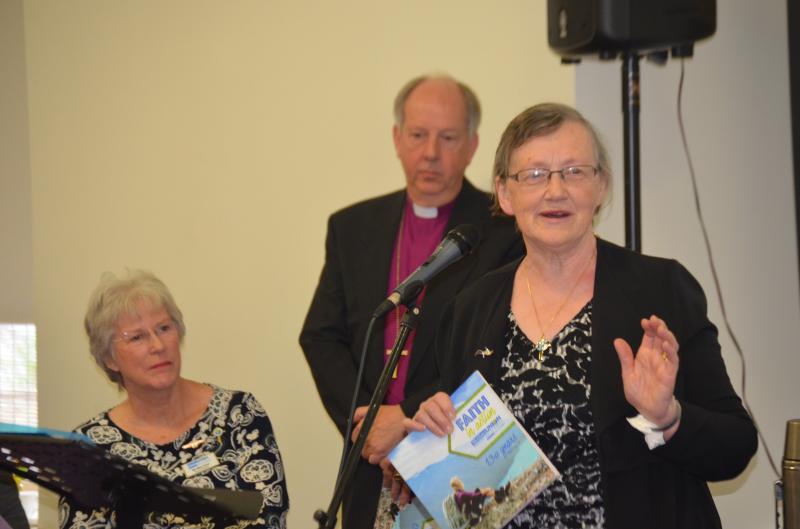 Derry and Raphoe Mothers’ Union is presenting a display entitled ‘Souls of our Shoes’ to coincide with the annual international ‘16 Days of Activism against Gender-based Violence’ campaign. The exhibition will take place in Saint Columb’s Cathedral, Derry from November 25 -28, and in Saint Eunan’s Cathedral, Raphoe on November 29 and 30. T Mothers' Union invite you to join them 'in faith and solidarity' for all who suffer abuse of any kind within relationships. This thought-provoking and evocative exhibition is open to the public each day from 10am to 4pm (although the exhibition in Raphoe will also be open from 6pm - 8pm on Thursday, November 29). The physical shoes in this exhibition are accompanied by comments from those who have walked away from and survived abuse. Other comments come from those who journey with them. Phyllis Grothier, All-Ireland President of Mothers’ Union, says: “A particular focus of our work in Ireland is to raise awareness of the scourge of domestic abuse and its enormous effect on the lives of families both locally and globally. "We recognize that one of the greatest difficulties around the issue of abuse is the lack of awareness of the impact it has on all who are affected – the abused, whether male or female, the children and the perpetrator. We recognize that domestic abuse is an issue for all sections of society, regardless of class or religion. “Members of Mothers’ Union offer practical and prayerful support to families. We reach into our communities through support for refuges and care centres throughout the country, and by vigils organized in every Church of Ireland Diocese during the ‘16 Days of Activism against Gender Based Violence’ in November/December each year. "Ultimately, we would like to rid our society of domestic abuse. In the meantime, we know that with timely help, many can escape from their abusive situation, rebuild their confidence, and live in safety.” Pictured above: The All-Ireland President of Mothers’ Union, Phyllis Grothier (right), with the Diocesan President, Mary Good, and the Bishop of Derry and Raphoe, Rt Rev Ken Good.
ADVERTISEMENT - CONTINUE READING BELOW