We're coming to America! 'Derry Girls' is snapped up by Netflix US 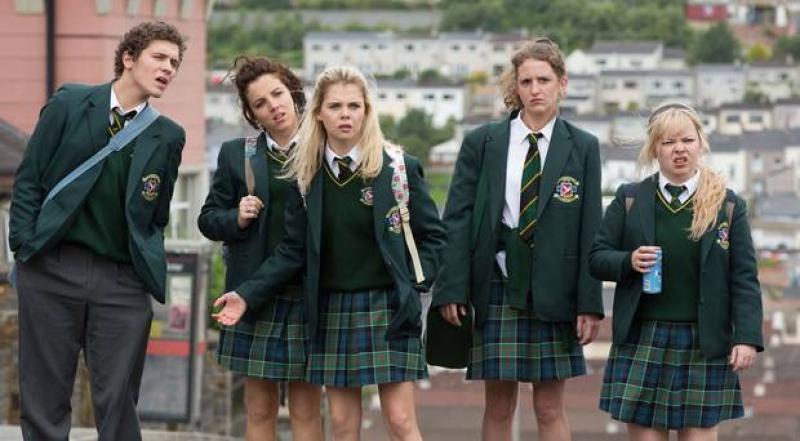 The first series of hot TV show Derry Girls is going to be available in the States after being bought up by Netflix US. Filming for series two took place in a variety of locations around the city last week and is rumoured to feature Bill Clinton's visit to Derry. Penned  and created by local woman Lisa McGee it follows the lives of four schoolgirls during the 1990s. The show has already reached an audience of 2.5 million in Britain and was Channel 4's biggest comedy last year. Derry Girls also reached an impressive 54% of the Northern Irish TV audience, including 65% of 16-34 year olds.
ADVERTISEMENT - CONTINUE READING BELOW