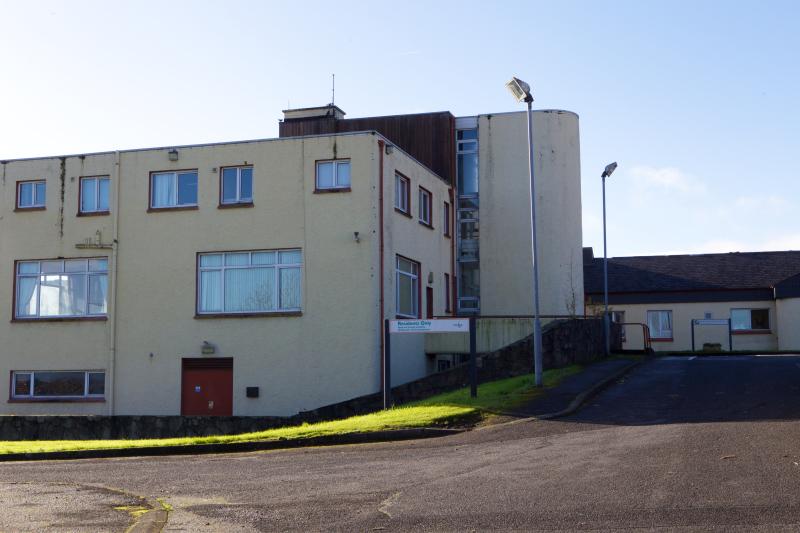 A Derry woman whose husband suffered from dementia has called for the immediate restoration of a former care home in the city to cater for those with the disease. Dorothy Campbell’s husband, James, had dementia and sadly passed away two years ago in Greenhaw Lodge Care Home. The Foyleville residential home on Academy Road, pictured above, shut down a number of years ago and has only been partially used as a day care centre ever since. Dorothy has lived on Academy Road for over 45 years and was part of a the group who fought to keep Foyleville open, and travelled to Stormont to make their voices heard. She is passionate about the need for better services and believes that additional homes for people with dementia are needed in order to provide an adequate standard of care. When James required treatment, she had no option but to take him to Altnagelvin where they would be seated in a busy waiting area. Speaking to the Derry News, Dorothy said her experience was that it was not an appropriate setting for people with dementia, whose symptoms include memory loss, difficulties with thinking and changes to mood and behaviour. Dorothy believes that people suffering dementia should be treated at a specialised centre or home. And she has now called for local representatives to fight for additional care homes, particularly for people with dementia, and she believes the old Foyleville site is ideally suited for redevelopment. “What I would like is for this town and our old people who are suffering from dementia to have additional care facilities. “My husband had dementia and there aren’t enough homes. But the thing is, the one out in Culmore is a private home which means you have to pay a top up. “It doesn’t stay the same price and often goes up. If you can’t afford that then where do you go, you’d be put out obviously.” Dorothy has insisted that people living with dementia in Derry should not be placed in other towns, nor should their loved ones be forced to travel long distances to visit them. “Why should our old people have to travel outside our town to Omagh, Limavady and Strabane,” she added. “Then if their partner and their loved ones don’t drive, they have to get a bus and they might not be able to make the journey every day and therefore don’t know what’s happening with their loved one in the home. “When it’s in the town, you can walk to the place or get the bus and you wouldn’t have to travel as far - it’s a lot to expect of old people.” Dorothy said she was recently made aware that the Academy Road site has been earmarked for redevelopment. “I was told there would be redevelopment but not what it would be, and our MLAs and councillors should be fighting to keep homes open,” she continued. “At the end of the day we have Greenhaw, but when my husband was ill, we had to wait weeks. Sometimes you have to wait and wait and wait. “Then sometimes they turn around and tell you, you have to go somewhere else, but I wouldn’t send my husband anywhere else, he was staying in this town.” She added: “We need a home that provides specialist care for people with dementia and Alzheimer’s disease. “There are a lot of people going through the same thing but they need to think about the future of people in the city. “A good few people I know have had Alzheimer’s and it’s a very scary thing for the family. We haven’t enough homes and people are closing the old people’s homes, where are they going to put them? “Dementia is not going away, it is becoming a bigger problem as time goes by and it’s time our politicians woke up and realised.” Independent councillor for the area, Darren O’Reilly, has been told that the Foyleville building is steadily declining and will soon be in a state of disrepair. However, in his view it is an asset which used be utilised as a health facility to enhance community well-being. Cllr Darren O’Reilly said: “There are issues with the roof leaking and with young people hanging around it. From my point of view I have been told that it is being run down intentionally.” He added: “There’s a vibrant asset within the community that should be protected for healthcare. Seeing the deterioration of the building and the fact it could be affecting the other residents, we would like to see a major investment in the area to develop a health hub that will look after the needs of the wider community. “We would call on the Trust to make their intentions for the site clear. We need something that compliments the terrific care already provided in the building." A spokesperson for the Western Health and Social Care Trust (Western Trust) said: “There are currently no plans to develop the Foyleville Site, however, the Trust is considering a number of options for this site in the long term.”
ADVERTISEMENT - CONTINUE READING BELOW