'Is there any other money out there we're not aware of?' Row erupts at meeting of Derry's council after questions asked over £75,000 airline funding 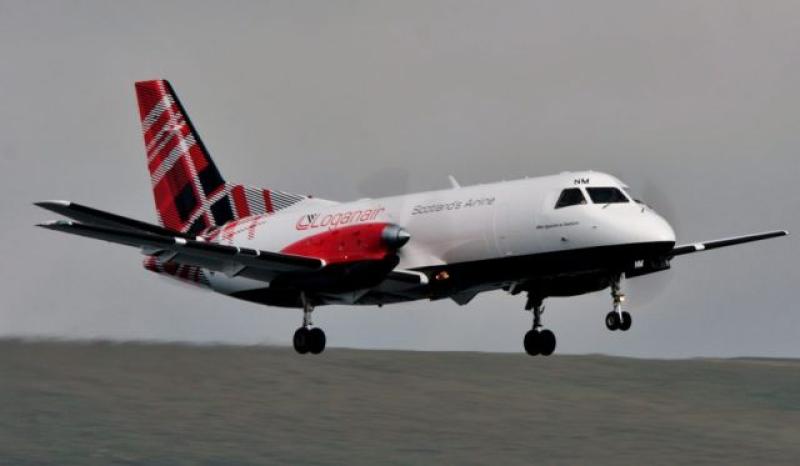 A row erupted after it emerged that £75,000 was given to a Scottish airline to market its Glasgow to Derry route without the knowledge of a number of local councillors. The move emerged at Thursday afternoon’s meeting of Derry City and Strabane District Council’s Audit, Assurance and Risk Committee. A total of £75,000 was given to Loganair to for ‘marketing support’ in terms of the recently launched route from City of Derry Airport to Glasgow. The funding was allocated by a group known as North West Air Access Consortium (NWAAC). According to papers published a number of years ago show, the NWAAC was a cross-border group set up in 1999, and was made up of the old Derry City Council, Donegal County Council and Failte Ireland, with support from the Northern Ireland Tourist Board (NITB). The papers state that the aim of the group to ‘develop air access’ to the northwest area. Speaking at Thursday’s meeting, the independent councillor Paul Gallagher said that he had asked a number of question about the arrangement at a previous meeting, but they had not been ‘answered to his satisfaction’. He said that his chief concern was that the committee had not been consulted prior to the allocation of the money, which was more worrying given that the old Derry City Council, and not sitting councillors, were said to make up the NWAAC. “This is the first that I’ve been aware of this group, and this money, and it’s no small change,” he said. “My thinking would be that something like this would come before us before we spend it, but I’ve been sitting on this committee for four years, and I’ve never seen anything like this before. “It also raises the question – now may other pots of money are out there we’re not aware of?” He added: “There’s a lot of questions that need answered here.” Responding, Denise McDonnell, Lead Assurance Officer with the council, said that the North West Air Access Consortium has been set up a ‘number of years ago’ and received support from both Derry City Council and Donegal County Council who both ‘contributed to it in terms of marketing activity’. Cllr Gallagher replied: “That proves my point – this group was set up in 1999 and we were not aware of it, are there any groups out there they’re not aware of? “I’ve never heard of this group, and that scares me, and you should have been aware of it.” ‘Hearing deficiency’ Ms McConnell responded that she was aware of the ‘pot of money’ which she said had been ‘used for marketing support in the past’. However, at that point in the meeting, the DUP’s Drew Thompson accused Cllr Gallagher of trying to ‘undermine’ the work of council officers by attempting to ‘grab headlines’. Alderman Thompson added that at the previous meeting of the committee, the council’s Chief Executive, John Kelpie, had ‘told Cllr Gallagher very clearly what it was and what it was used for’. Cllr Gallagher then asked Alderman Thompson: “Did you know it existed?” He replied that Cllr Gallagher ‘didn’t get the headlines the last time, so he’s trying to do it again’, before adding that the independent councillor must have a ‘hearing deficiency’. “I would also have great concerns that that this councillor is trying to undermine the work that council officers are doing,” Alderman Thompson continued. At that point, the independent councillor Gary Donnelly said that Alderman Thompson had engaged in a ‘slanging match’ because a sitting councillor had asked questions over funding. “There are pots of money being allocated that we’re not aware of, and here we are being more or less told to sit down for asking questions about this,” he said. “If there is an issue in this council, then we will be bringing it up.” The committee chair, Sinn Fein’s Kieran McGuire agreed, adding that this was the ‘format’ through which such questions should be asked. Cllr Gallagher added: “The Chief Executive said to me he couldn’t answer where this money came from, so we will keep asking these questions until we get answers.”
ADVERTISEMENT - CONTINUE READING BELOW