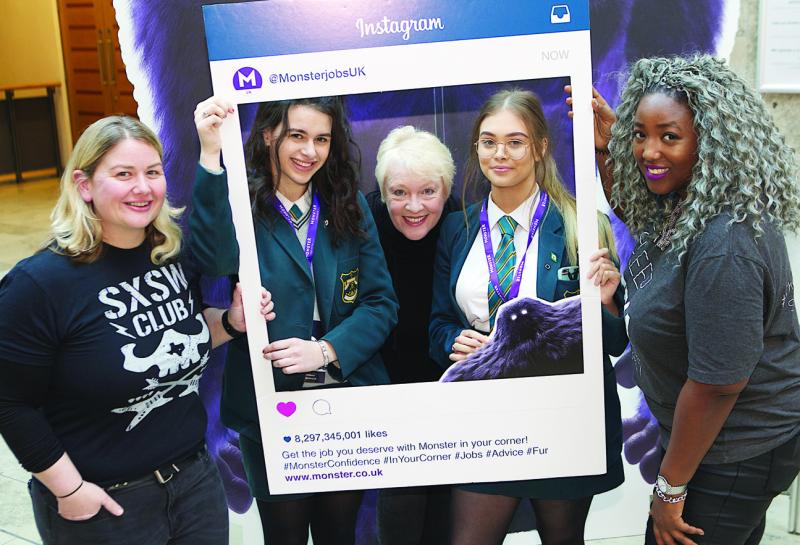 Over 200 students from across Derry attended an event earlier this week aimed at boosting the number women in STEM (science, technology, engineering and mathematics) careers. The ‘Monster Confidence’ event was held by the Stemettes, social enterprise which works to inspire and support young women who want to work in Science, Technology, Engineering and Maths. Students were able to take part in speed mentoring and mock interviews and listen to panel discussions and inspirational talks. The keynote speaker was local technology entrepreneur, Mary McKenna, who co-founded Derry on-line learning company Learning Pool in 2006. Ms McKenna and Clare McGee, Co-Founder & Director of Innovate-NI Ltd, were instrumental in bringing the UK wide event to Derry for the first time in its three-year history. As Entrepreneur in Residence at St Mary's College in Derry Ms McKenna is already involved in inspiring the next generation of women STEM entrepreneurs in the city. “The most important I can do for the students is get them away from their parents and boys,” she said. “Parents want their kids to aspire to sort of jobs that were around when they were young, but those jobs aren’t around anymore. “If someone has a STEM qualification it means they have creativity and problem-solving skills and those are needed in so many jobs. “A tec qualification is really the basis that everything else can be built upon.” St Mary’s College Principal Marie Lindsay, whose school specialises in STEM subjects, said events like Monster Confidence were important to give young women the tools to feel confident entering STEM careers. “It’s wonderful for all the girls in the city to be inspired and gain good skills. “There is a great buzz in the place and it’s all about making connections and networking. “We have a big emphasis on STEM at St Mary’s and we always try and encourage girls to follow that path if that is what they want.”   Aims   Thornhill College pupils Grace Donnelly and Mia McKinney who attended Tuesday’s event have already decided on science-based careers. “I’m doing Biology at AS Level and I want to go into horticulture,” said Miss McKinney. “I really enjoyed Mary McKenna’s speech. “She gave us five tips on business and the one that stood out to me was ‘to fail to prepare is to prepare to fail’. “I think there’s still a long way to go for women in STEM careers though, because if there wasn’t they wouldn’t need events like today.” Grace Donnelly who is studying Health and Social Care wants to be a nurse before opening her own aesthetic medicine business. “I think it’s important to have aims and know where you are going,” she said.
ADVERTISEMENT
Advertise with Us
ADVERTISEMENT
Advertise with Us