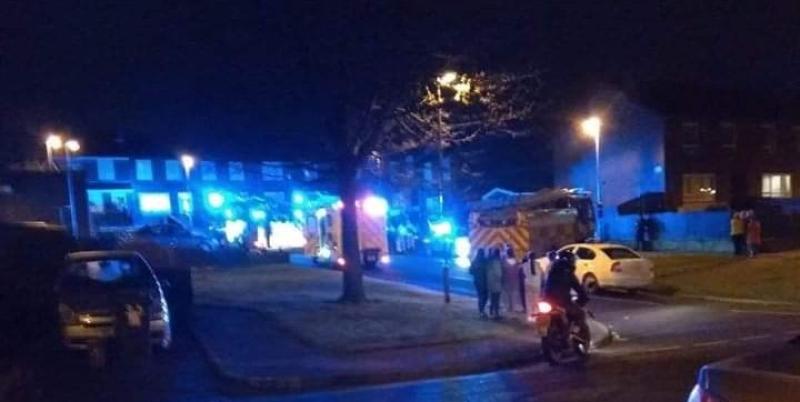 Detectives are appealing for information after a report of arson at residential premises at the Galliagh Park area of Derry last night (Sunday 25th November). Detective Sergeant Jack said: “At around 9:55pm, it was reported that a sofa was found against the front door of a house and two wheelie bins at the back of the property. "Both the sofa and wheelie bins were set alight. "A 23 year old woman and her child were inside the house during the incident. Both were badly shaken, as Northern Ireland Fire & Rescue Service attended the scene and extinguished the fire. “This was a reckless act that could have resulted in fatalities. Whoever was involved wanted to cause death and destruction and their actions should be condemned by the local community. “Thankfully no one lost their lives but we need anyone with any information to contact police to bring those responsible to justice. “Enquiries are continuing and we would appeal to anyone who saw anything suspicious to contact detectives on 101, quoting reference number 1306 25/11/18. Alternatively, information can also be provided to the independent charity Crimestoppers on 0800 555 111 which is 100% anonymous and gives people the power to speak up and stop crime.”
ADVERTISEMENT - CONTINUE READING BELOW