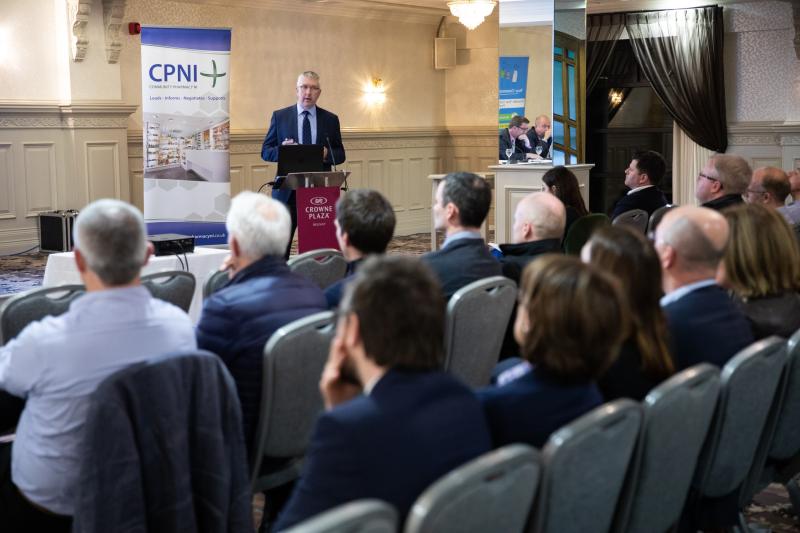 Community Pharmacy in Derry is on its knees, with a very real threat of medicine shortages and chemist closures in the near future. That is the warning coming from Community Pharmacy NI, who have stated that the ‘sheer intransigence’ of the Department of Health to address the under-funding of the pharmacy network in Northern Ireland will have dire consequences. Last week, the DHNI announced a small investment in community pharmacy of £11.1m over a 2-year period, but CPNI insist that this investment falls a long way short of addressing the funding deficit or providing any stability for pharmacy owners, with the figure just a percentage of the £130 million required for a safe community pharmacy service in Northern Ireland. The situation they say, is critical. The supply of medicines will ‘grind to a halt’ after warnings from suppliers and wholesalers because of the credit worthiness of pharmacies who, with increasing frequency, are failing to pay their bills. The wholesalers have warned that they may have no option but to call time on local community pharmacists, a situation which cannot be allowed to happen according to Gerard Greene, Chief Executive of Community Pharmacy NI. He stated: “We have been lobbying the Department of Health for a viable contract for community pharmacy. At the moment community pharmacists are dispensing medicines at a loss, meaning business models are unsustainable. “There is a real threat that the continued under funding by the Department of Health will result in supply issues, medicine shortages and at the worse end of the spectrum, pharmacies closing. “This investment falls a long way short of addressing the funding deficit or providing any stability for pharmacy owners. The situation remains critical and pharmacy closures remain a possibility, whether that be in Derry or other parts of Northern Ireland.” With an ‘imminent danger’ of pharmacies failing and patients being unable to obtain their medicines, local politicians have rallied together and promised to work towards addressing the issue. Support The issue was brought up in Derry City and Strabane District Council with SDLP Councillor Martin Reilly tabling a motion in support of the CPNI’s ongoing campaign to address the under-funding of this network by the Department of Health. "This situation of pharmacies 'dispensing at a loss’ is not sustainable, therefore, I am calling on the Secretary of State and the Department of Health to urgently address these concerns,” he said. "If passed, this resolution will be circulated to Council’s across Northern Ireland to build up support for this campaign across local government as a means of demonstrating to decision-makers that there is political will across our cities, towns and rural areas for positive action for this sector which plays such an important role in delivering frontline healthcare to our population.” SDLP Health Spokesperson and MLA Mark H Durkan backed his party colleague’s calls, claiming that the DHNI’s recent announcement is attempting to deflect from the real situation. “The funding from the department, while welcome, is not enough nor does it address the underlying and historical problems that have brought community pharmacy to the brink, putting the vital services and valuable jobs they provide at risk. “The timing of this intervention and announcement from the Department would almost make it seem like a distraction to deflect the public’s attention away from the real pressures engulfing the sector. “The SDLP fully recognise the seriousness of this situation, my party colleague, Colr. Martin Reilly, has tabled a motion this month calling for Council to recognise the value of Community Pharmacy to the Derry and Strabane area and to call for appropriate intervention from the DOH.” ‘ Severe pressure’ With local pharmacists under increasing strain, the local chemists are now at a crossroads, and Sinn Fein MLA Raymond McCartney called on the DHNI to work with the CPNI to find a solution. "Community pharmacy is the first point of contact for many people to get advice on health and the safe and effective use of their medicines, but it is under severe pressure,” he stated. "The Department of Health must work with CPNI to fully address the ongoing challenges particularly in relation to finding agreement on a new community pharmacy contract." DUP MLA Gary Middleton also pledged his support, insisting the issues cannot go unaddressed. “Community pharmacies have a vital role in delivering community-based healthcare services and the promotion of well-being,” he said. “I and other MLAs have been approached by a number of local pharmacy owners concerned that they may have to close their doors as a result of decisions taken by the Department of Health,. This is simply unacceptable for such a critical service. “We need, in the absence of the Assembly and a Minister in place, for the Permanent Secretary to give these issues his urgent attention.”
ADVERTISEMENT - CONTINUE READING BELOW