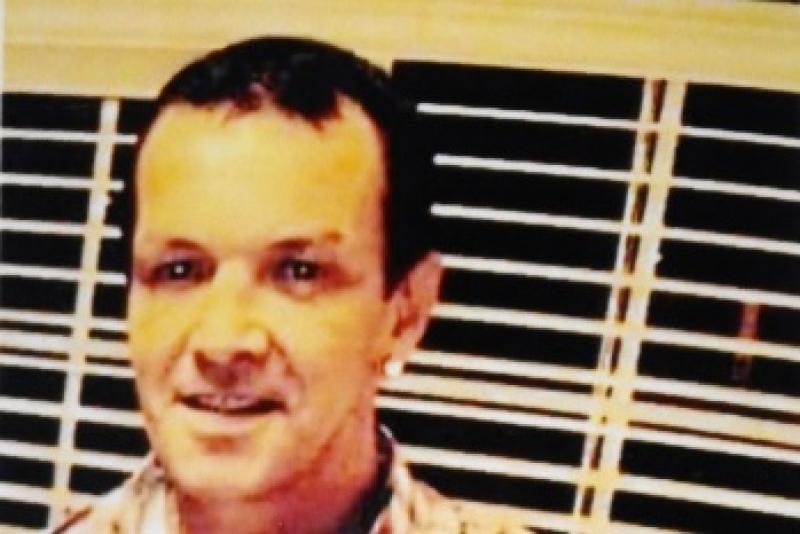 There were rowdy and emotional scenes at Derry Magistrate's Court when two men appeared charged with the murder of Edward Meenan whose body was found in a lane way last Sunday. Sean Rodgers (31) of Little Diamond in Derry and Derek Cresswell (26) of no fixed abode were both charged with the murder of Edward Meenan (pictured above) on November 25. Before the men appeared District Judge Barney McElholm warned those in the public gallery that this was 'a very serious matter.' He said he was not aware who the people were here for but it was his policy not to tolerate any interruptions to proceedings. He went in: "These proceedings will be held with dignity and decorum. "A man has lost his life and another seriously injured. I will not tolerate bad behaviour." When the two men appeared they spoke only to confirm their identity and that they understood the charges. When charged with the murder Rodgers said not guilty and Cresswell made no reply. A Detective Inspector said she believed she could connect the men to the charges. During the hearing members of the public could be heard weeping and sobbing in the public gallery. Defence solicitors for both men, Seamus Quigley for Rodgers and Michael Magee for Cresswell said they had no questions for the officer and there would be no bail application. Both men were remanded in custody to appear again on December 20. As they were being led away members of the public screamed abuse at them and some were briefly restrained by police officers. Earlier the court had heard an application by the PSNI for an extension to allow them to question a 17-year-old for a further period in connection with the murder. They were granted another 36 hours.
ADVERTISEMENT - CONTINUE READING BELOW