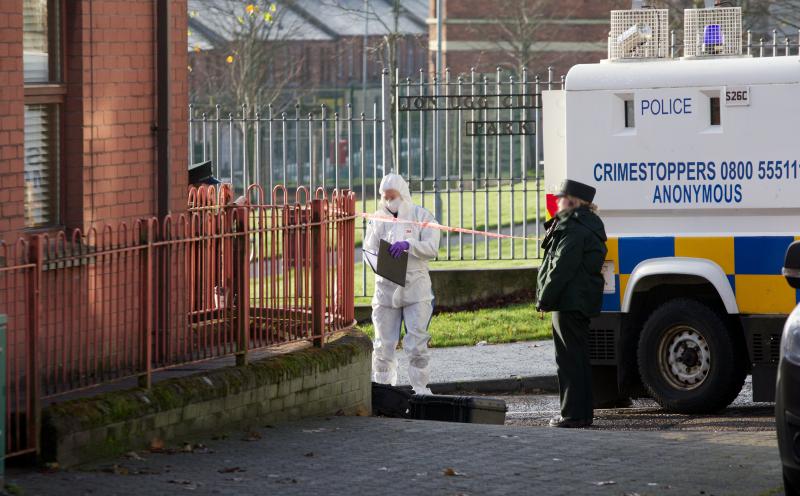 Detectives from the PSNI’s Major Investigation Team investigating the murder of 52 year old Edward Meenan in Creggan Street in Derry have appealed for three people who were in the area at the time to come forward to police. Detective Chief Inspector John Caldwell said: “I would like to speak to three people – two men and one woman – who I know were standing on the steps of a shop on Creggan Street at around 2.20am on Sunday November 25. They were then given a lift from someone driving a dark coloured, medium sized car at around 2.30am. “I would appeal to them to make contact with me as they may be able to provide some vital information. “Mr Meenan’s body was found in an alleyway on Creggan Street shortly before 2.45am with significant injuries to his head and body. The group of people I am appealing to may have witnessed something either before or after the murder took place. “Please contact me or any of my detectives on 101 quoting reference 244 of 25/11/18. Alternatively information can be passed to the independent charity Crimestoppers on 0800 555 111 which is 100% anonymous and gives people the power to speak up and stop crime.” Police have been granted an additional 36 hours to questions a 17 year old man arrested on suspicion of murder. Detectives have already charged two men, aged 26 and 31, with the murder. Two men, aged 17 and 19 remain in police custody.
ADVERTISEMENT - CONTINUE READING BELOW