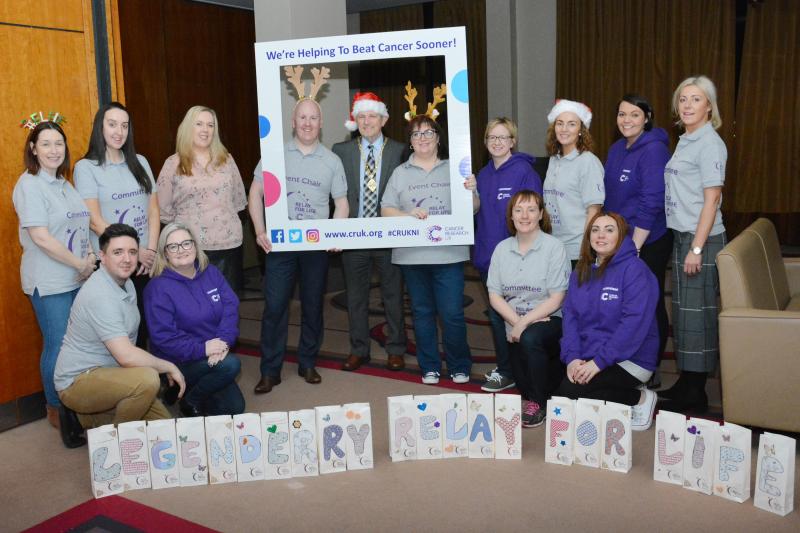 A HUGE cancer fundraiser which is to be held for the third time in Derry next year was launched earlier this week. Last year’s ‘Legenderry Relay for Life’ raised an impressive £181,000 for Cancer Research UK. The 24-hour event took place at St Columb’s Park and attracted 53 teams from across the city. This year the organisers hope the relay, which is the only one of its kind in the north, will be extended to teams from outside Derry. Speaking after the launch party at the City Hotel earlier this week, Sean Hickey, co-chair of the Legenderry Relay for Life Committee, said they hope to welcome teams both old and new. “It was great to get the ball rolling on Monday and we’ve already had 22 teams sign up which is absolutely fantastic. “We have a lot of returning teams and we have new teams as well. “The important message is if you were here last year please come again and if you weren’t you really should get involved.” “Some people have actually started the fundraising which is fantastic. “We are trying to be very conscious that this event isn’t just about Derry and it doesn’t have a boundary. This year the organisers plan to have a monthly ‘team night’ where members can learn about a different aspect of the event and bank their money. “We’ll have an accounting team there who will double check their money and give them a receipt,” Mr Hickey added. “And it will be a chance to get more information about the themed lap and the candle of hope ceremony. “We want to encourage people to get as much insight as they can into the event so they can get the most out of it.” Next year’s Legenderry Relay for Life will run from 3pm on June 22 to 3pm on June 23. If you are interested in becoming involved contact the Legenderry Relay for Life Facebook Page or log on to www.legenderryrelay.co.uk where there is a link to the Relay for Life sign up page.
ADVERTISEMENT - CONTINUE READING BELOW