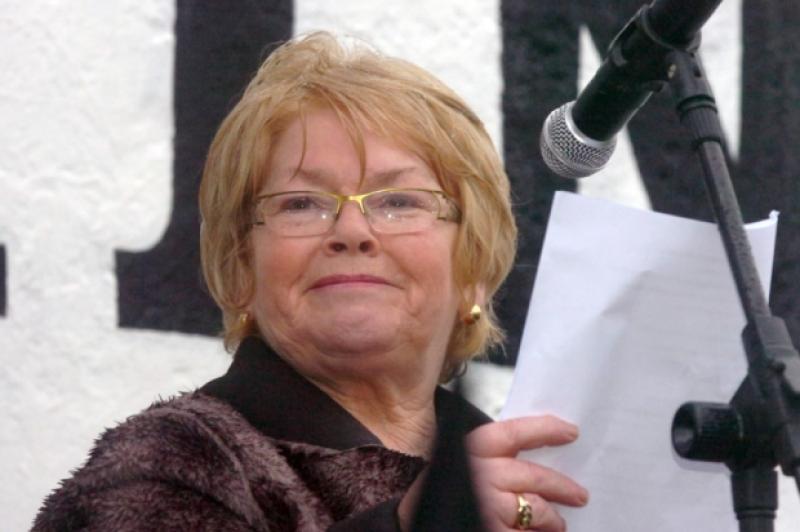 A relative of a young man shot dead on Bloody Sunday and whose father was also severely wounded trying to come to his rescue has given a scathing reaction to an anonymous British soldier who has said he still believes the killings on January 30, 1972 was “a job well done.” Willam Nash was 19 when he was shot dead by a member of the Parachute Regiment at a rubble barricade on Rossville Street. His father Alexander spent many weeks recovering from his wounds in hospital after attempting to come to his son’s aid. However, Kate Nash sister of William Nash, who is seeking the prosecution of British soldiers  in relation to Bloody Sunday, says her views are not a matter of “vengeance.” “I just see it as justice,” she said. A BBC Radio 4 documentary broadcast on Tuesday night called ‘Drawing a Line Under The Troubles’ contained an interview with one of the soldiers who fired on the day in question. The programme, made by journalist Peter Taylor, heard the soldier say he still believes that Bloody Sunday was “a job well done” and that those he fired at were armed despite the findings of the Saville Inquiry. The Inquiry which lasted over a decade, concluded that all of those killed and wounded on Bloody Sunday were unarmed and innocent of any wrongdoing. Whilst all of the military personnel being investigated for the killings almost 47 years ago are guaranteed anonymity, they are referred to by alphabetical ciphers. The soldier interviewed by Peter Taylor is known as ‘Soldier O.’ The documentary is based on recordings made by Peter Taylor in 1992-twenty years after Bloody Sunday-and up to date interviews during which ‘Soldier O’ maintains the same stance he took back in 1992. The British ex-service man is potentially facing charges of attempted murder for firing at two men on Bloody Sunday-Patrick McDaid and Pius McCarron-in the vicinity of the Rossville Street flats. Despite the fact that no evidence was given to the Saville Inquiry that those he stands accused firing at were armed, 'Soldier O' told Peter Taylor: "The three people I fired at had weapons in their hands. I still believe that. "They weren't all innocent. It's not a problem for me because I was right. I'm still right. I know it." The former soldier also told the BBC programme: “I served my country and I’ve served that, I think well, for 22 years. Now, I’m being told I am a murderer." The ex-soldier also said that he sees no purpose in putting either him or other former British military personnel in jail for alleged crimes. He said: “Stick me in jail, for what end? To what end would that help the situation in Northern Ireland?” Kate Nash, who is amongst the chief organisers of the annual Bloody Sunday March for Justice, continued: “Not one officer was found guilty in relation to any aspect of Bloody Sunday. “The brought General Michael Jackson back from the war in Iraq to give evidence at the inquiry and he lied. His actions are not even mentioned in Saville’s conclusions. “The conclusions found the hierarchy innocent and blamed the killings on a handful of soldiers. “This soldier says he shot at three people and that overall it was ‘a job well done’ that day. He says those he shot were armed. That’s a lie.” The ex-soldier who took part in the documentary also said that when re-interviewed by the PSNI in England that he refused to answer any questions. “He’s bragging about not talking to the police, but he admitted that he fired at three people. I wonder did he tell the police that or was he questioned about that?” said Kate Nash. Asked what questions she would pose to ‘Soldier O’ if afforded the opportunity, Kate told the Derry News: “I would tell him he’s a liar. I’d tell him that not one of the people he fired at was armed. “I’d ask him what possible satisfaction he got from shooting at those people. They were innocent and the whole world knows it. “They shot down kids. Gerard Donaghy was barely 17. There were heroes like Barney McGuigan who lost their lives trying to save others, like my own father going out to help my brother. “The point I am making is about all those good, decent people who wouldn’t have been capable of telling the lies told by the British hierarchy. “This matters because my brother had just turned 19 that December. He never got a chance at life. He loved music and he wanted to travel. “If I close my eyes I can still see him smiling, he was just an ordinary guy but he was full of fun.”
ADVERTISEMENT - CONTINUE READING BELOW