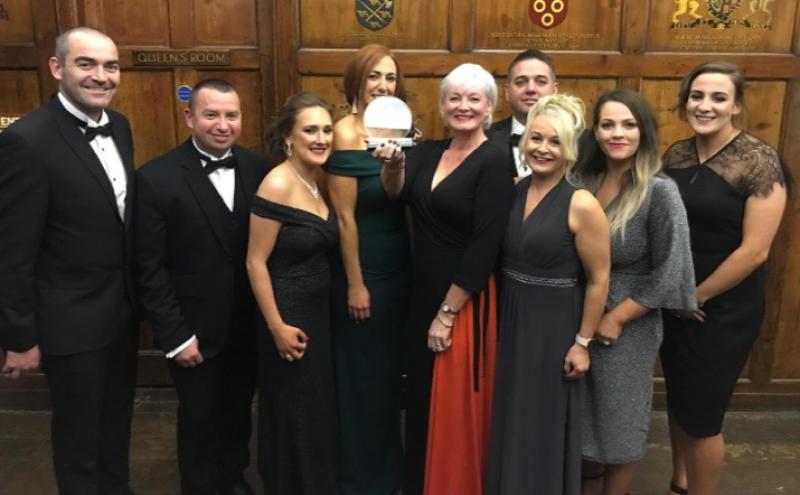 Mr Hargan manages the Move More Programme for the Derry and Strabane Council area which aims to improve the lives of local people living with cancer through physical activity.

The UK Coaching Awards recognise and reward coaching from people and organisations across the UK at all levels across sport and activity, from community to high performance and finalists in other categories included England football manager Gareth Southgate for his coaching in the 2018 FIFA World Cup Russia and England Netball Head Coach, Tracey Neville.

“This is a significant award given that the Move More team were in competition with initiatives from all over England, Scotland and Wales,” he said.

“I would like to send my warmest congratulations to the team and in particular our own Move More Coordinator for Derry and Strabane Sean Hargan.

“I was proud to launch the Move More programme in our Council area in October and I am pleased that local people living with a cancer diagnosis can now access the support and encouragement to develop and sustain an active lifestyle through physical activity.

“Sean has worked closely with Macmillan Cancer Support and the Western Trust to develop and launch the programme locally and l wish him continued success in his post.”

Heather Monteverde, Head of Services for Macmillan in Northern Ireland added: “We are thrilled that Move More NI has been recognised with a prestigious Coaching for an Active Life Award.

“Almost 2,000 people in Northern Ireland have been supported by Move More NI since its launch in 2016 and this award is testament to the hardworking team of Macmillan Move More co-ordinators who encourage their participants to live life with cancer as fully as they can.

“Macmillan believes that everyone living with cancer, and other long-term conditions, should be aware of the benefits of physical exercise and are supported to be active at a level that’s right for them. This award is recognition that great coaching for people living with cancer can have a really positive impact not just on physical health, but on mental health and social relationships too.”