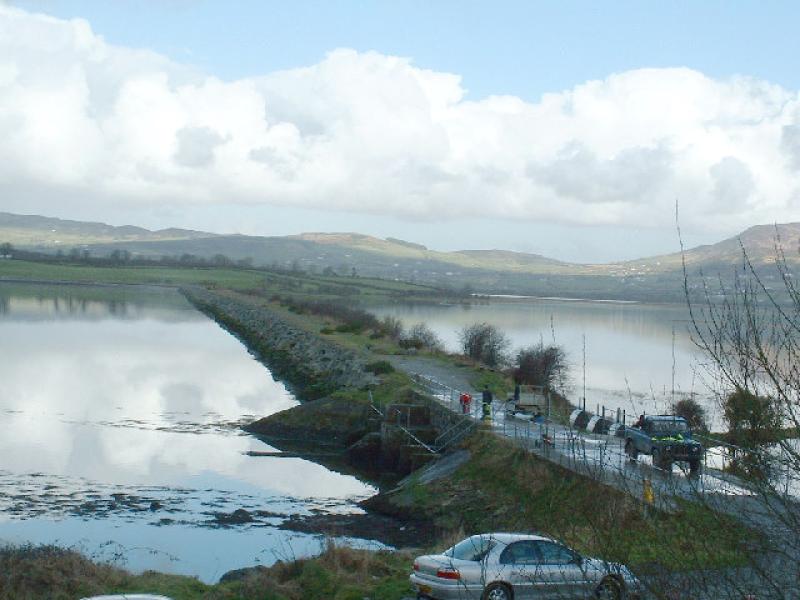 The project team in charge of the planning and building of the new greenway between Derry and Buncrana have announced that a further consultation has been planned to finalise the exact route between both points. The new consultation will take place at Tooban on February 7, 2019 as a number of possible alternative routes have been suggested for the section of the route between Inch Island and Fahan. A report on tall the route options will also be published in February, including all those considered in the initial consultation. The Derry-Buncrana route forms part of an overall INTERREG-funded greenway project that will see three routes developed: the others being Muff to Derry and Lifford-Strabane. When completed, the three routes will comprise 46.5 km of new cross-border greenway that will help reduce carbon emissions by encouraging commuters to leave their cars at home. The €18 million project is part-funded under the EU’s INTERREG VA Programme, managed by the Special EU Programmes Body (SEUPB). And, match-funding for the project has been provided by the Department for Infrastructure in Northern Ireland and the Department for Transport, Tourism and Sport in Ireland. Initial consultation events were held in June this year. Over 200 people attended the events and numerous written submissions were also received by the project team. Findings from the consultations have revealed that on the whole, people are supportive of the overall project. However, as a result of some of the feedback received regarding the section linking Inch Island to Fahan village, both Derry City and Strabane District Council and Donegal County Council have decided to carry out another assessment, including routes suggested by some landowners in the area. Ronan Gallagher, Communications Manager said: “As the alternative options were not originally presented it is now important that we go back to let the wider public have their input on them as well as speaking with people who may have land along one of the new routes. “One of our key objectives is to build infrastructure that will encourage people to cycle and walk between Derry and Buncrana, whether it be a local or cross-border journey. “The important aspect of the project is to deliver something which is safe, thus encouraging more people to leave the car at home. “Whilst there is significant support for the greenway project, we would like to acknowledge some of the genuine concerns raised by landowners in the area, and we will strive to ensure that no matter the preferred route selected, impact on those living in proximity to the developed infrastructure will be minimised.” The new consultation event will be held in Fowler Hall, Tooban, on Thursday, February 7,2019. Additional information on the event will be published in the New Year to coincide with the report that identifies the emerging route for the other sections of the route, namely Derry to Burnfoot and Lisfannon to Buncrana, and the project team will contact those landowners who may be affected by this route in advance of publication of the report.
ADVERTISEMENT
Advertise with Us
ADVERTISEMENT
Advertise with Us