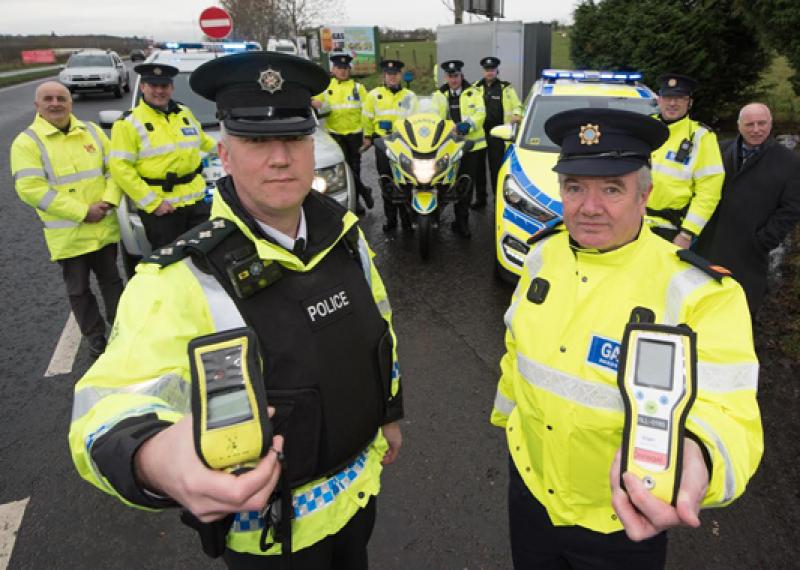 The PSNI and Gardai today launched their annual Christmas drink-drive campaign on the Derry-Inishowen border. The message this Christmas is Never, Ever Drink or Drug Drive.  The message in the campaign is that drink driving destroys lives, families and communities. As the festive season approaches, stark warnings have been issued to road-users about the consequences of drink-driving. Statistics show that 11% of fatal collisions in which a driver had consumed alcohol occurred between the hours of 7.00am and 11.00am and figures also show that 6% of all driving under the influence arrests have also taken place within this 4 hour period.  Gardaí will be increasing the number of checkpoints over the Christmas period, which will be run on a 24/7 basis and Gardaí can breath test any driver that has committed any road traffic offence. Gardai and the PSNI launched their annual cross border Christmas Drink Driving campaign on the border at Bridgend which is supported by the Donegal Road Safety Working Group as part of their ongoing road safety awareness programme and also reinforces the continued co-operation between both forces with regard to road safety on both sides of the border.
ADVERTISEMENT - CONTINUE READING BELOW