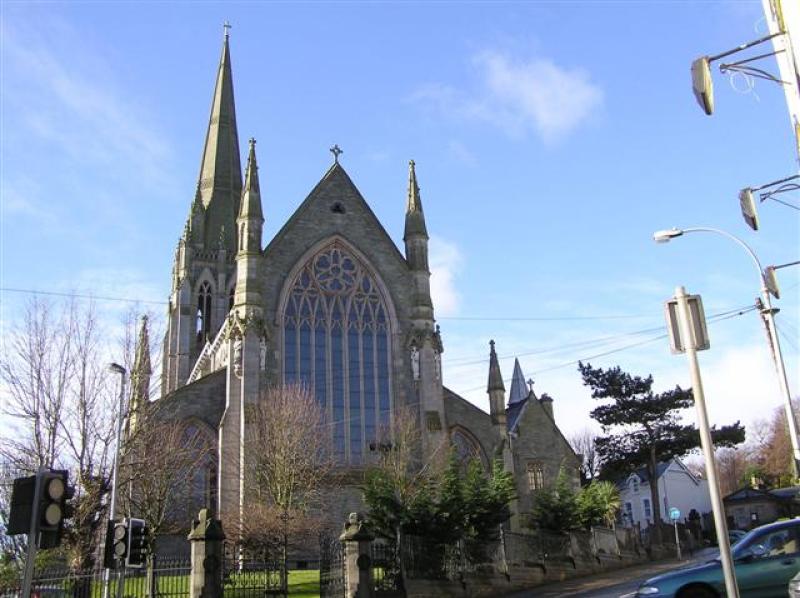 Derry’s main Catholic church has begun broadcasting all its Masses and other services live on the internet.

A webcam has been installed in St Eugene’s Cathedral allowing the church to involve Derry diaspora and those parishioners who are unable to attend in person to be a part of the events hosted there.

The broadcasts will be hosted on the website ChurchServices.tv.

Parish Priest at the Cathedral, Fr Paul Farren told the Derry News: “We decided to install a webcam firstly to allow those who are housebound in the community and who are part of the prayer community to take part in Mass.

“Secondly, it will allow those who are away from home to join in also.”

Fr Farren added that the aim was to have the new system installed before Christmas to cover all the additional events such as carol services.

Asked why the Cathedral has chosen to provide the new service, Fr Farren added: “People have been asking for it. We will make a wider public announcement about it this weekend at our Masses. There are people from Derry all over the world who have moved away who will now be able to join us.

ChurchServices.tv was established in 2005 and streams services from Catholic services from across Ireland as well as Scotland, the USA and England and helps participating parishes stream Mass, weddings and funerals.

All daily Masses from St Eugene’s can now be watched live by logging onto https://www.churchservices.tv/derrysteugenes. Sound will only be turned on whilst Mass and other services are taking place.