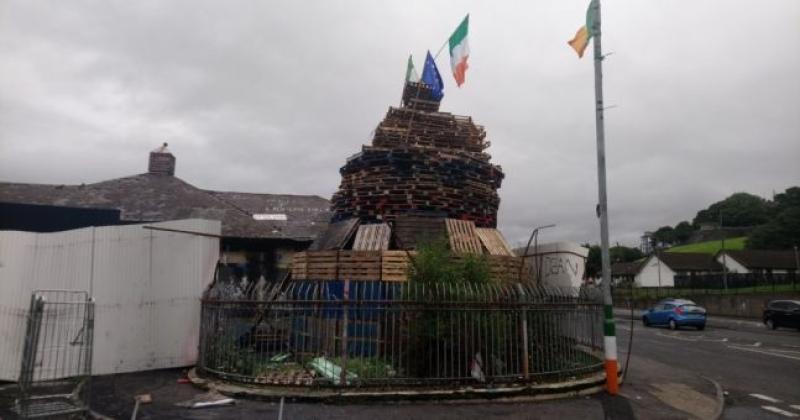 A council working group set up to address problematic issues surrounding bonfires in both nationalist and unionist areas has reiterated its commitment to working together.

The group has issued a joint statement that says they remain committed to putting in place the Council’s new bonfire policy which was unanimously passed by Council in May, 2017.

The policy is aimed at minimising the impact of bonfires on Council land. It followed a consultation involving local agencies, groups and the general public. As a result the Bonfire Working Group says it has engaged with a wide range of people from across the community in the local authority area.

The joint statement said: “As Councillors coming from different political backgrounds, representing all political parties and groups on the Council, we want this City and District to show respect for cultural traditions, respect for the law and respect for each other.

“We recognise that bonfires can be expressions of culture and tradition.

“Some want bonfires, other do not, while others want to explore alternatives.

“Where there are bonfires they need to be safe, clean and respectful to people of all backgrounds who live near and around them.

“Similarly, we recognise that burning flags, emblems or any material that knowingly causes offence to others cannot be justified. This only damages community relations and impedes the already difficult process of building peace and reconciliation.”

SDLP Councillor Brian Tierney chairs the group and he told the Derry News: “I think the best way to tackle the inter-community issues surrounding bonfires is engagement.

“We have met with many peopled, both as a group and as individuals to see the best way forward.”

Asked how he evaluated the chances for success in resolving community tensions in relation to bonfires, Councillor Tierney said: “Obviously there have been setbacks such as incidents surrounding the bonfire in the Bogside.

“But there have been quiet successes such as people who are from totally opposing political sides coming together looking for a resolution. We said from the outset that this wasn’t going to be resolved in a year. It will be an ongoing process. And, we are all determined to see it through.”

The Bonfire Working Group also say they recognise that changing the way in which bonfires are viewed will be a challenging process. Their statement says that the eventual aim is to make the City and District proud of its rich heritage and achievements through both communities working together.

Apart from the inter-communal tensions, the Working Group statement has also taken aim at dealing with the environmental concerns that can accompany bonfires.

The statement continued: “There should be no tyres or toxic material on any bonfire, and they should respect the health and well-being of all people. Burning tyres on bonfires for even one day can damage the health of people, especially those most vulnerable like our older people, young people and children and people with respiratory problems.”

Councillor Tierney added: “We want bonfires across the Council area to be family friendly to be fun and at the heart of the community. Some people view bonfires as an expression of their culture. We want to organise this in a way that inclusive of everyone.”