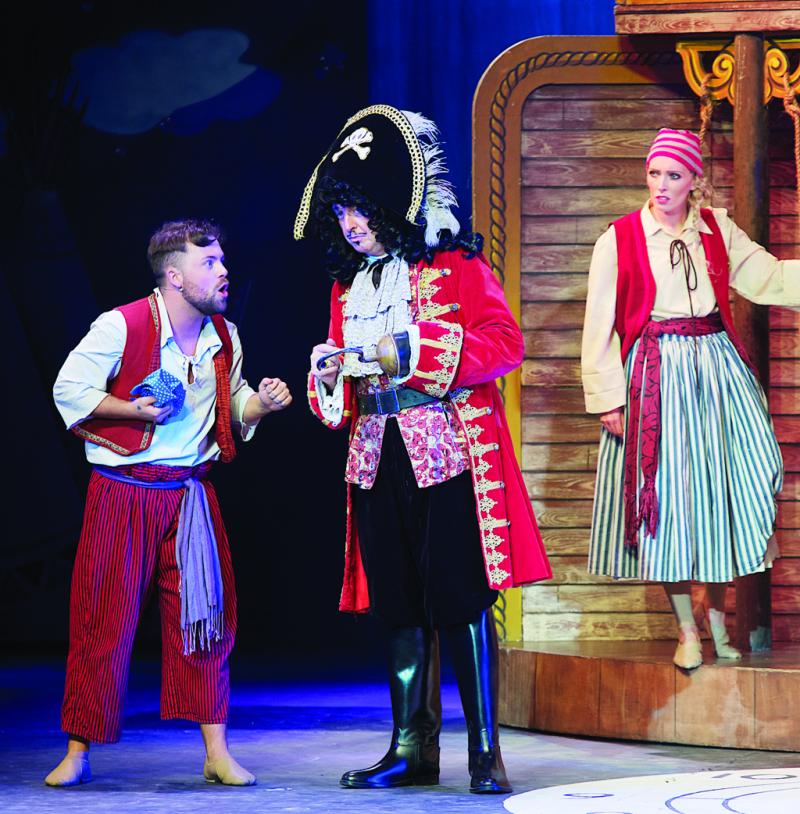 The star of this year’s panto at Derry’s largest theatre says he is embracing the chance to play the villain after 11 years of playing the dame. Comedian William Caulfield is reprising the lead role of the dastardly Captain Hook in Peter Pan at the Millennium Forum. He first played the part of the five years ago, and says he relished the chance to get back into the black curly wig and riding boots. “It’s my second time playing the baddie and I quite enjoy it,” he said. “It’s quite different trying to get the audience to boo rather than laugh. “One of the great things about panto is that it works on two levels. “There’s bits for kids and then there’s an extra layer for adults and nobody can be offended. “At the least the ladies in the audience can relax now that for once I’m not going to lay into them.” William’s career in comedy began as a script writer for the and he now travels the world for six months of the year performing to international audiences on board many of the world's luxury cruise ships. “The panto is hard work but it’s worth it,” he said. “We have fantastic cast and they are all such a pleasure to work with.” The hugely talented Northern Irish cast also includes Derry’s Ellen Hasson as Peter Pan, Conor O’Kane as the Hook’s sidekick Smee, Annie McCarroll as Wendy and Kathryn Rutherford as Tiger Lily. The Forum’s Chief Executive and writer and producer of the show David McLaughlin said local audiences should be prepared to be wowed. “This year’s show, once again, continues the Millennium Forum’s tradition of producing outstanding quality and value-for-money entertainment for everyone this Christmas. “Join us and 30,000 other guests for the biggest show in the city’s festive calendar for guaranteed fun for all the family. “With a powerful mix of celebrity, music, dance and plenty of audience participation, it's guaranteed to entertain and delight children of all ages.” Peter Pan performs at the Millennium Forum from Fri 30 th Nov to Sun 30 th December.  Tickets are now available from the Box Office and are priced from £10.50.  Telephone 71 264455 or visit  millenniumforum.co.uk for bookings.  Relaxed Performance and Dementia Friendly Performance takes place on Sun 9 th December at 2.30pm. Signed Performance is on Thurs 6 th December at 7pm.
ADVERTISEMENT - CONTINUE READING BELOW