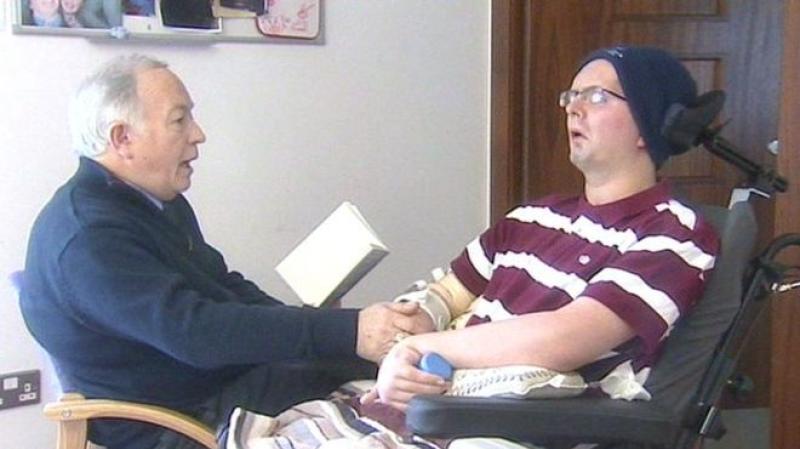 Paul McCauley’s father Jim has said he is still coming to terms with the twelve years of heartache that engulfed he and his family after his son was murdered.

Piper John McClements, previously known as Daryl Proctor received at least another three years in prison when sentenced on Friday, December 21 at Belfast Court. He had pleaded guilty to murder in September. McClements had already served six years of a twelve-year sentence on other charges relating to the attack on Paul McCauley in July, 2006.

Matthew Gillon received a ten-year prison term for manslaughter having also pleaded guilty to that crime, a count of grievous bodily harm and a count of actual bodily harm against two of the deceased man’s friends.

Speaking to the Derry News, Jim McCauley said: “I am still coming to terms with it. The police are adamant the case remains fully open and will continue to appeal for information.”

The PSNI say that around six men were responsible for the unprovoked sectarian attack on Paul McCauley just over 12 years ago in the Waterside.

His father Jim also said that during submissions to the court on the length of time that McClements and Gillion would serve it began to become clear that “sentencing would be on the lighter side.”

“But the judge had to act within the constraints of the law. He was very comprehensive and did what he could.

“The examination of precedents, of similar cases, gave him a band within which he could work. He increased the sentencing on the negative aspects the decreased it for the positive aspects of it,” Jim added.

At the end of his time in prison, Piper John McClements will have served a total of nine years including the six he previously served at Hydebank Young Offenders Centre for a previous conviction relating to the attack on Paul McCauley.

Jim McCauley continued: “Paul suffered terribly. He was trapped inside his own body for nine years.

“Nine years overall is not an appropriate sentence for murder. It’s not enough for the suffering Paul went through or for the actual nature of the crime.”

In 2008, the now inactive Independent Monitoring Commission (IMC), set up to examine the activities of paramilitary groups, said that the Ulster Defence Association (UDA) were involved in the murder.

However, Jim McCauley is not of the belief that the UDA ordered the attack, but that elements of the loyalist terror group were certainly present.

"It was probably more a case that it was a group of like-minded individuals behind it, rather than anything they ordered. The IMC probably had a lot more information on this than us, but we were never made privy to that information," Jim added.

The Derry News also asked Jim McCauley for his opinion on how the police handled the investigation into his son's murder.

He said: "Initially, the investigation led them into a blind alley because there was no information coming from within the community.

"When the new investigation team became involved it was obvious there was a commitment   from the word go. I have nothing but praise for the way the investigation was handled and how they brought these boys to justice.

"We were kept up to speed with regular overviews and it made us more confident there would be a more positive outcome."

And, asked what he has recalled most about his son in the last few days, Jim said: "It was Paul's commitment to everything after the baby was born.

"He was committed to Foyle Search and Rescue, the Open University. He was happy with his place in the Civil Service because it was a position that he could have moved up in."

Another major loss to the McCauley family came in August, 2016 when Jim's wife Kathleen passed away, without seeing McClements and Gillon brought to justice. It came just over a year after Paul's death.

"It was a big blow because she was half of the main partnership. The youngsters and the immediate family have been fantastic over the last 12 years, but it was Kathleen and I who carried the main bulk of looking after Paul. I was retired from teaching, but she went part-time as in her job as a nurse, beefier retiring to look after him," Jim said.

Mr McCauley also said the fact that the now convicted killers pleaded guilty was in a strange way, something of "an ant-climax."

"We had been getting organised for a trial that may have lasted up to six weeks and traveling up and down to Belfast every day.

"The police were confident that the Public Prosecution Service were going to go ahead with the prosecution and that it would be successful.

"When the defence team examined the evidence, I believe they saw that there was no way out of it. That's why they pleaded guilty," Jim said.