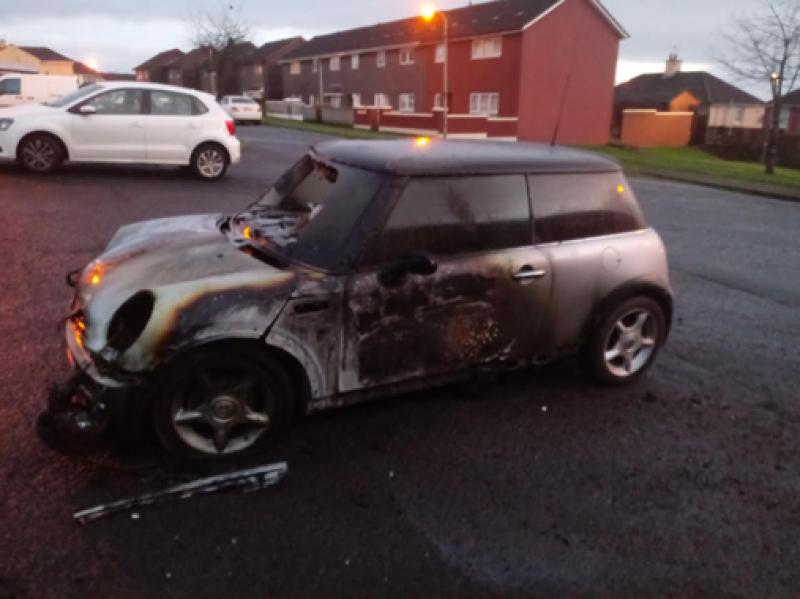 The PSNI have said that a car set alight at Mulroy Gardens in Creggan on Thursday, December 26 may have earlier been involved in a road traffic collision in another part of the estate.

A spokesperson for the PSNI said: “At around 7.55pm on December 27, it was reported that a car was found burned out at the back of a car park in the area.

“Police believe the vehicle may have been involved in an earlier damage only road traffic collision in the Fanad Drive area of the city.”

The burning of a Mini was the second instance of a vehicle being on fire in the area over the Christmas period.

The Northern Ireland Fire and Rescue Service (NIFRS) said the fire at Mulroy Gardens was started deliberately.  They said that firefighters wearing breathing apparatus attended the fire after receiving a call at around 7.37pm and the blaze was extinguished by 7.54pm.

NIFRS have also confirmed that they extinguished a car fire at Beechwood Avenue at 10.30pm on Saturday, December 22. The vehicle, understood to have been a Mercedes car was set on fire at Beechwood close to an old people’s home.

However, the Fire and Rescue Service say they believe the cause of the fire at Beechwood was accidental and there is currently no suggestion that both incidents are linked.

Sinn Fein representative for the district, Councillor Kevin Campbell, however said that there are concerns that if an "upsurge" in car crime in the district continues, someone will be "seriously injured or killed."

But, Independent Republican Councillor Gary Donnelly claimed the incidents have been born out of frustration at recent “serious incidents” of anti-social behaviour in the area and a “vacuum” in policing.

Sinn Fein Councillor Kevin Campbell told the Derry News: "Over the Christmas holiday's I have been inundated with complaints from residents right across Creggan angry about an upsurge of car crime in the area.

"I have received complaints that cars were being driven erratically through the area late at night and that two vehicles had been set on fire. It has also been reported to me that several cars have been damaged across the district in alleged hit and run incidents.

"All this is very worrying. There is a very small hard core of car criminals out there who have no regard for people or property.

However, Councillor Gary Donnelly told the Derry News: “There have been a number of serious incidents that have come close to resulting in people being hurt.

“The burning of cars is purely a result of frustration. There is a vacuum in policing which the community doesn’t see being addressed. This lack of action has led to this frustration.

“We have a police force which saturated areas like Creggan and is more interested in kicking in doors of republican activists and stop and searches. So, the perception is that police are turning a blind eye to criminal behaviour in the same community.”

And, Councillor Kevin Campbell continued: "The people of Creggan just want to be left in peace and quiet without all this taking place on their doorstep.

"I would urge anyone with information on those involved in car crime to bring it forward."

“This is a strong, resilient community, who stood shoulder to shoulder through 30 years of conflict and they will do the same again whether it involves incidents of joyriding or cars being burned out.

“Irrespective of what it is, the community is absolutely opposed to this type of behaviour.”

However, an Independent Republican representative for the district said that a “vacuum” in policing has led to “frustration” in the Creggan area."

Police say that inquiries into the incident at Mulroy Gardens are continuing and that anyone with information should contact them on the non-emergency number 101 and quote reference 1376 27/12/18.

CAPTIONS: A Mini car was deliberately set on fire at Mulroy Gardens in Creggan on Thursday, December 27.
ADVERTISEMENT - CONTINUE READING BELOW 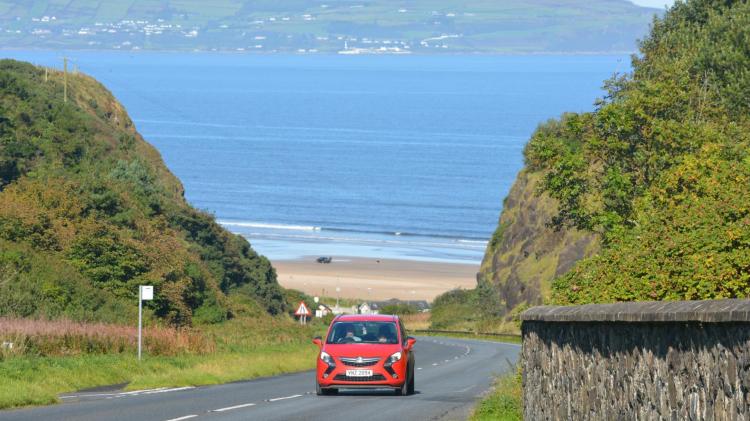