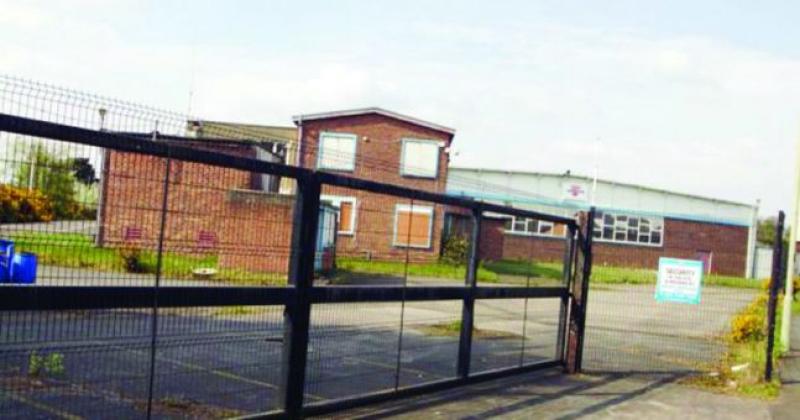 A long-awaited development at the site of the former Arntz Belting Company in Derry may be finally given the green light at the first 2019 meeting of Derry City and Strabane District Council’s Planning Committee.

A list of applications for the Planning Committee meeting, to be held at Council’s Strabane offices this Wednesday (January 9) includes a recommendation to approve the development.

Access to and from the new development will be via Pennyburn Pass and Pennyburn Industrial Estate Road.

Chair of the Planning Committee, Independent Councillor Warren Robinson told the Derry News: “Of course I will be examining the details of the reports prior to the meeting. But, in general, I would welcome any development at a valuable location like this to see it brought back into use after it has lain derelict for so long.”

In January last year Derry City and Strabane District Council issued planning approval at the 15-acre tract of land that has lain dormant since Arntz Belting Company closed down in 2010.

Supermarket chain ASDA has also long been associated with the former manufacturing site. The commercial giant have been linked with the site since 2012 when it was reported that the company was ‘close’ to agreeing a deal for the disused factory site.

In 2013 ASDA withdrew its plans for a new store at Crescent Link Retail Park amidst claims  ‘the site was no longer viable.’

And, in 2015 ASDA issued a statement reaffirming its commitment to Derry and that it was conducting a review of the best way forward and searching options to find the ‘best way to deliver an ASDA store in the city.’

The Derry News asked the supermarket chain if they still had an interest in the site but a spokesman for ASDA declined to comment on the issue.

A previous report presented to the Planning Committee it was highlighted that the   development scheme would bring a considerable increase in the amount of traffic accessing the district.

And, although Translink had lodged objections to the approval of the development in 2016, but after a revised Transport Assessment no further objections from the transport form have since been lodged.

Concerns had also been previously raised about the risk of flooding at the site.

In terms of job provision, previous estimates from planning representatives said the project could create 336 jobs-195 for the superstore and 127 for the medical facility and 14 in the proposed restaurant.

An additional 200-300 construction jobs could also be created if the project gets off the ground.

A consultant employed by Derry City and Strabane District Council to examine the proposals told the local authority last year that “all elements of the scheme will create direct employment which will improve and sustain the economy.”

Whilst it was anticipated that the Pennyburn development would impact upon the Springtown Centre it was not thought it would be particularly harmful. Neither was it thought that the project would have any adverse impact on city centre trade.

The Planning officer also said in January, 2018: “It’s a regeneration opportunity and it is currently a vacant site and has been vacant for some time.”

After Council approved plans for the development last January, in February the council's Planning Manager issued a letter to those who objected to the plans stating that it had taken into account all 'relevant planning matters.'

The letter stated:"The issues raised in your correspondence were carefully considered as part of the balanced judgement in reaching this decision in the overall public interest."