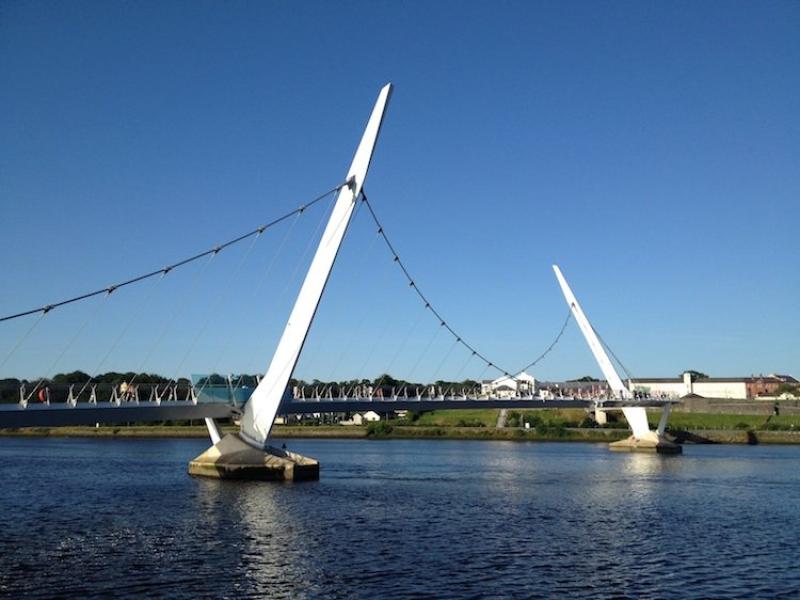 A cross-community shared space project in Derry’s Waterside has been offered 8 million euros in funding by the European Union (EU). It is part of an overall 32.4 million euro package announced by the EU for five new shared space projects across Northern Ireland and County Monaghan. The finance is being put forward by the Special EU Programmes Body (SEUPB). That body says that the Waterside Shared Village project has been offered the money to “create a multi-faceted shared space facility within the Waterside area.” The project will be led by Derry City and Strabane District Council and will incorporate a “central community hub building, surrounded by a sports complex.” The Derry venture, announced last December had already been awarded £540,000 in Peace IV funding, will be based at an interface area in the Waterside. It has pooled together community groups, the Waterside Neighbourhood Partnership, Hillcrest Trust and Irish Street Community Association. The other projects will be based in south Belfast, Ballycastle, Pomeroy, County Antrim and Monaghan town. Gina McIntyre, SEUPB chief executive said that each project will be “specifically designed so that they can be used by all sections of the community.” Match-funding for the projects will be provided by the Department of the Communities in Northern Ireland and the Department of Rural and Community Development in the Republic of Ireland.
ADVERTISEMENT - CONTINUE READING BELOW