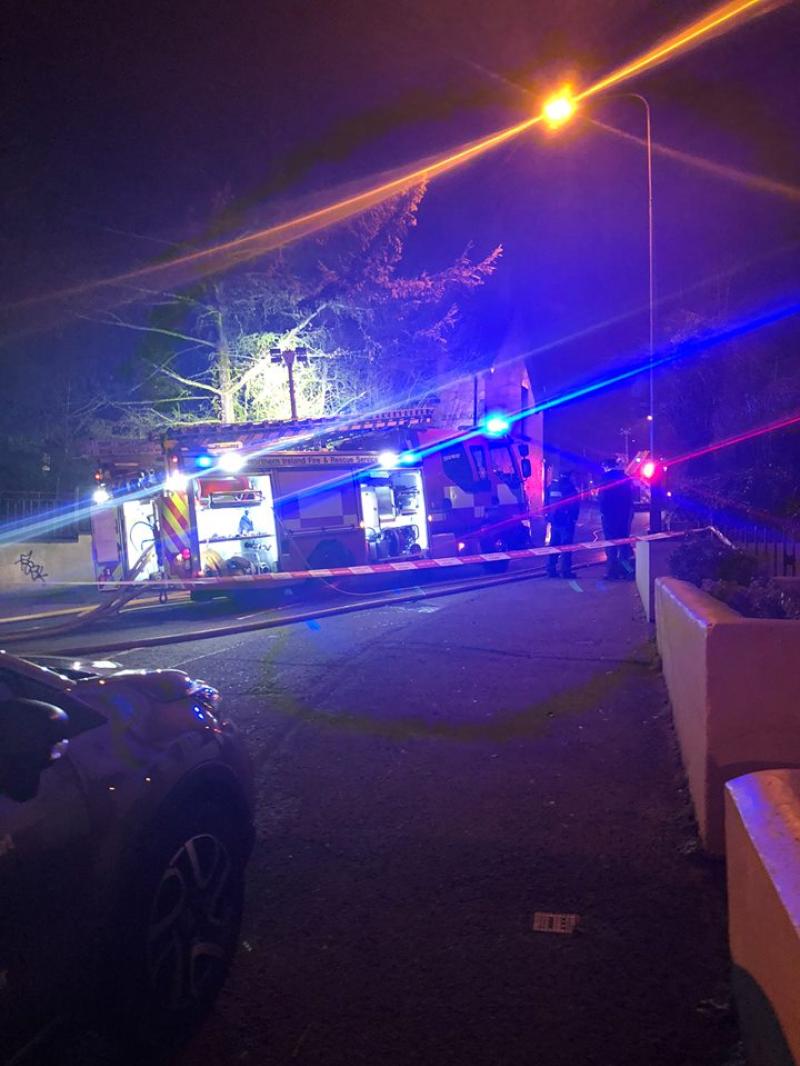 A second incident of arson within a matter of weeks at a vacant house in the Rosemount district has prompted pleas from elected representatives to the young people involved to stop engaging in anti-social behavior at the premises.

The Northern Ireland Fire and Rescue Service (NIFRS) has said that a fire in the roof space of a detached derelict house at the junction of Northland Avenue and Park Avenue on Tuesday night (January 8) was started deliberately.

NIFRS say they received the report of the fire at around 9.05pm and remained at the scene for around 90 minutes until the blaze was extinguished. As a result of the fire, both ends of Park Avenue were cordoned off resulting in traffic disruption for a period of time.

A previous fire at the same property on December 22 last year was also treated as arson by the NIFRS.

"It's lamentable that young people have again contrived to enter this property and made these destructive efforts, because great efforts have been made to secure this property in the recent past.

"This is a cause of great distress to the owners of this property and their neighbours in the area. This could also damage the welfare of the very young people engaged in this behavior," he said.

Darren O'Reilly, an Independent Councillor for the district told the Derry News that problems with anti-social behaviour at the property have been going on for around 18 months.

"There needs to be a proper resolution to this. I have been talking with various statutory agencies and different councillors to try and find a way forward and every effort needs to be made to secure the property.

"Young people involved in this are placing themselves and others at risk. Another point is that Park Avenue is a main thoroughfare between the Northland Road and Creggan and it disrupted the whole area again."

"I and my party colleague Hayleigh Fleming have been working privately with the relatives of the owner who has been in care for a number of months to try and resolve the issue of small groups of young people entering and using the property to carry out anti-social behavior.

"On each occasion the owner's relatives got the property secured. I spoke to the relatives who were on site with the fire service on Tuesday night and they told me that builders are coming to ensure the property is structurally sound."