Brexit: British Government proposals described as a 'love letter to the DUP' 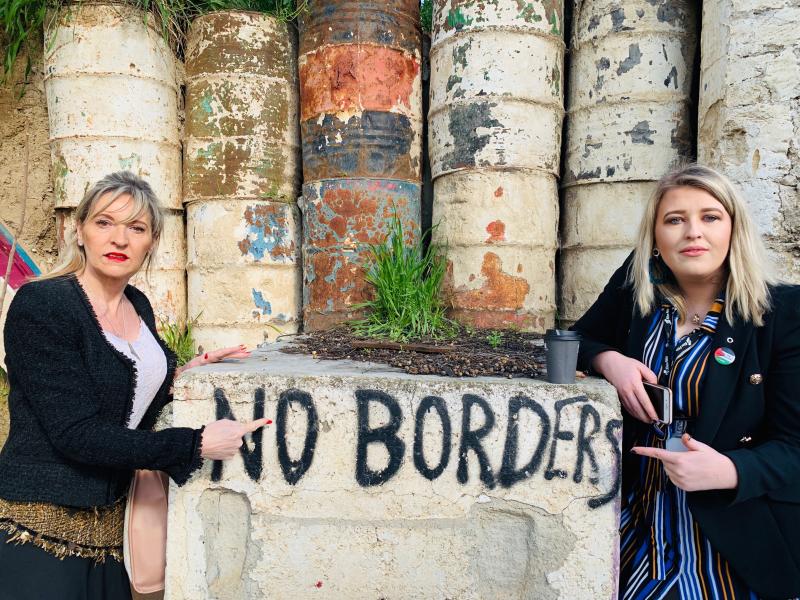 Sinn Fein MEP Martina Anderson has described British Government proposals to grant Stormont powers to vote on new EU rules after Brexit as an attempted "love letter to the DUP."

Exactly two years ago yesterday, the political institutions in Belfast were collapsed following the resignation of Martin McGuinness. However, despite the 24 month absence of a functioning Assembly, the British Government has published proposals to give Stormont the power to veto over any areas of new EU law and policy relating to the border backstop should it come into effect.

The backstop is effectively an insurance policy to ensure that the border remains open whatever the nature of the UKs departure from the European Union. The border between Northern Ireland and the Republic has remained frictionless since the Good Friday Agreement 20 years ago.

The proposed powers for Stormont were floated yesterday by Cabinet Office Minister David Liddington. He said the proposals would help reinforce Northern Ireland's position within the UK internal market and may help restart efforts to reinstate devolution.

However, Martina Anderson said: "It is noteworthy that the British Government which refused to allow the Executive at the Brexit negotiating table are now saying that same Executive will move centre stage after Brexit. The backstop if needed is legally binding and is operable."

The move has been widely regarded as an attempt by Theresa May's administration to gain favour with the DUP in advance of next week's vote on her Brexit deal at Westminster.

But, the DUP has described the British Government proposals as "meaningless" and of "no real significance."

Martina Anderson spoke to the Derry News from Cypriot capital where she was visiting the so-called 'Green Line'-a United Nations buffer zone between the Greek and Turkish sections of the divided mediterranean country. The border stretches for 346 square kilometres.

"Turkey has a Custom Union with the EU, but the Green Line in Cyprus is an example of what the physical infrastructure of a border looks like.

"Even taking into account that Turkey has a relationship with the EU, on this divided island there is barbed wire, an army presence and physical checks. There are just seven points at which people can cross this border.

"If anyone wants an example what a third country relationship with the EU is like, this is it.

And, asked if she still believes that Martin McGuinness was correct to collapse the Stormont institutions in 2017, Martin Anderson continued: "The DUP wanted power but they didn't want to share it. They want to reinforce partition. Those day are over, but the DUP want the total destruction of the Good Friday Agreement. That would mean their job would be done."