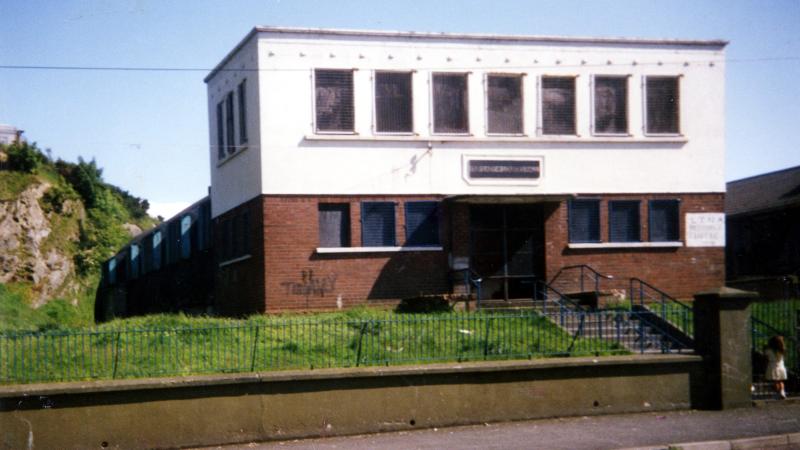 Further witness accounts are contained in the 1973 inquest file into the killing of Robert McGuinness.

The names of those who gave the statements are blanked out in the copy of the file obtained  from the Public Records Office of Northern Ireland by the Derry News.

Despite the claims of the man who shot him,'Soldier A' and 'Soldier B' who was closest to the shooter at the time, all of the civilian witnesses recorded that Robert McGuinness had nothing in his hands at the time he was shot.

Furthermore, most of the civilian witness statements indicate that the victim was shot at close range. However, these statements are clearly at odds with the statements of 'Soldier A' and 'Soldier B' who claimed that Robert McGuinness was shot from a distance of between 15 and 20 yards.

The civilian witness statements are also at odds with the statement of a forensic officer who recorded "there is nothing to indicate close range shooting."

The first civilian witness told the inquest in November, 1973: “About 12 midnight on Thursday, June 21, 1973 I came out of Our Lady of Lourdes Hall on the Lecky Road. Robert McGuinness from Brandywell Avenue was sitting on the wall outside with some other lads. There was about four of them.

“Robert called me over and asked me for a piece of the apple I was eating. I gave him a piece and then he asked me to get him a St Joseph’s prayer with a miraculous medal in it.

“I gave it to Robert and he put it in his back pocket. While we were waiting there two Saracens came up Lecky Road from the Brandywell Road direction.

“They stopped in the middle of the Avenue, one behind the other facing towards the football pitch and a lot of soldiers jumped out.

“They split up on either side of the road and knelt down with their guns pointing towards us. It was about one o’clock on Friday morning when this happened. Robert said ‘I’m going home to bed.'

“I saw him walk up Brandywell Avenue towards his house. He passed about four of the soldiers. There was a black car parked outside the taxi office at the corner of Lecky Road and Brandywell Avenue and Robert was walking on the opposite side of the street to it.

“There was no one parked on his side of the street. He was still a good distance from this car when I heard a shot and a blue light lit up the street and there was a terrible smell.

“I think the shot came from the side of the back of the Saracen.  All the soldiers then jumped into the Saracens and they both turned the corner towards Brandywell Road.

“Some men ran across to Robert from the taxi office and kept the rest of us back. A couple of them picked him up and carried him to the car that was parked outside the taxi place.

“They put him the car and drove away.

"Robert had been dancing in the hall earlier on although I didn’t dance with him. When he left to go home he had nothing in his hands. He was only wearing a pair of trousers and a jumper. None of us shouted anything to the soldiers at any time.”

Another witness told the inquest in November,1973:"Just before one o'clock in the morning of Friday, 22 June 1973 I left (unnamed house) to go home. As I came out of the house I saw two Saracens coming from the direction of Brandywell Road.

"As the second Saracen turned into the lane it struck the yard wall on the corner. Some soldiers got out of the first Saracen and walked on up the lane.

At the time there was nobody about in Brandywell Avenue but two cars were parked in the Avenue between Southend Park and Lecky Road.

"Things were so quiet at that time I went into my own house. About five minutes later I heard some noises from outside. It sound like tinny rattling so I went out to see what it was.

"I saw Robert McGuinness standing about two feet from the kerb at the corner of Brandywell Avenue and Southend Park on the other side of the road from (name blanked out).

"Robert had his collie dog with him and there was another young lad standing about two feet away from him. I saw that they were looking at two Saracens which were parked in Brandywell Avenue facing towards the palings at the top of the Avenue. They were close behind each other.

"There was a soldier kneeling outside a house in Brandywell Avenue. He had a gun in his hands and his face was blackened. He was wearing metal rimmed glasses which I saw glinting in the light of the lamppost on my corner.

"One of the Saracens moved off slowly and turned right into Brandywell Avenue towards Lecky Road. The second Saracen moved up and stopped near to where the first Saracen had been.

"Robert by this time had reached (name blanked out) car. He was between it and the Saracen and was swinging his arms by his side as he usually does.

"He was only a few feet past the back of the Saracen and alongside the backdoor of the car when I saw him stop and turn slightly to his left.

"As he did so a shot rang out and I saw him hold his left side with his hands and slide down the back door of the car to the ground. The Saracen moved off slowly then turned right towards Brandywell Road.

"As it turned the corner I saw the lad who had been standing with Robert earlier running after it. I ran into the house to get (name blanked out) to give first aid to Robert.

"Just before the shooting there was no crowd at all in Brandywell Avenue. The only person shouting at the soldiers was the drunk man. The crowd didn't gather until I started to scream.

"By the time I got out of the house with (name blanked out) someone had picked Robert up and was carrying him towards a taxi stand.

"Robert did not have anything in his hands at any time."

In their deposition to the 1973 inquest a third witness said: "Between 1am and 1.25am on Friday 22 June 1973 I was standing outside Our Lady of Lourdes Hall in Lecky Road with (names blanked out), Robert McGuinness, some of Robert's friends and (names blanked out).

"We were standing there because we had been told earlier that the dance had been called off and the hall was closed. None of us got into the hall.

"While we were standing there two Saracens came past us from the Brandywell Road direction. They turned left into Brandywell Avenue and as they passed us they threw two cigarette ends at us. They stopped further up Brandywell Avenue. I can't remember whether they were one behind the other or not.

"Four soldiers got out of one of the Saracens and placed themselves at four doors in Brandywell Avenue. They were kneeling down with their guns pointing towards us.

"Just then Robert told us he was going home.

"He left us and walked up Brandywell Avenue in the direction of his house. He walked past the four soldiers who were at the doors and then I heard a shot and saw him fall to the ground.

"There was a car near where he fell because I saw someone climb over it to get at him. The car was between Robert and the Saracens. I think it was a green coloured car and it was parked on the left side of the street as you face the football ground.

"Some men picked Robert up and put him in a taxi. The soldiers all jumped back into their Saracens and drove away around the corner towards Brandywell Road.

"Robert was carrying nothing in his hands when he left us."

A fourth civilian witness said at the time: "Between 1am and 1.15am on Friday, 22 June 1973 I walking upstairs at my home when I heard the noise of Army vehicles outside the house.

"I went into the first floor bathroom which overlooks the lane at the back of my house. The window was open and I looked out and saw two Saracens turning into the lane. They seemed to be coming from the direction of Brandywell Avenue.

"The first one stopped about three doors up the lane and the second stopped on the other side of the lane opposite my back gate. I saw several soldiers jump of out of the Saracen which was outside my gate and one of them ran to the corner and knelt down.

"I heard him cock his rifle and point in the Brandywell Avenue direction. I could hear the other soldiers calling to one another and using very strong language. From the way they carried on in the lane I firmly believed they were a vengeance squad. They sounded drunk or drugged to me.

"I lost sight of him again on the corner and I assumed that he had turned right into Brandywell Avenue and walked towards the Lecky Road.

"I heard a woman shout 'come back Robert, don't go down there,'. I didn't hear him answer them.

"At this time I could hear a crowd shouting, 'go home you bums,' at the soldiers. Less than a minute later I heard a shot. It sounded like a rubber bullet to me.

"I saw two women on the other side of Brandywell Avenue and one of them was (name blanked out), put her hands to her head when the shot was fired and screamed, I heard her yell 'you've murdered him.'

"I ran out of the house and when I got to the corner of Brandywell Avenue and Southend Park I saw a Saracen driving towards Brandywelll Road. There was a young lad running after it shouting 'you've murdered him'. I walked down Brandywell Avenue to where (name blanked out) green car was parked outside his house.

"I saw a crowd further up the street gathered round a taxi and found that somebody had put Robert McGuinness in the taxi.

"During the time that Robert McGuinness was in my view I did not see him carrying anything in his hands."