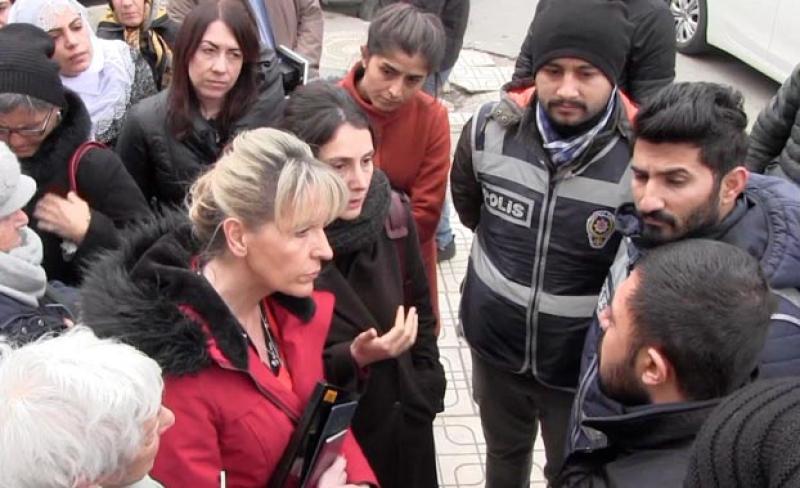 Sinn Féin MEP Martina Anderson was today denied admission to visit Turkish MP Leyla Guven who is currently on hunger strike in a Turkish prison. Guven has been on hunger strike since November and is reported to be in a "critical condition." Ms Anderson said: "Today, I and other MEPs attempted to visit Kurdish MP Leyla Guven in the prions where she is being unjustly held by Turkish authorities. "We were denied entry to the prison by the Turkish authorities and there were tense scenes outside the prison as we were refused entry. "We also witnessed at first hand the tactics of the Turkish police when we visited the headquarters of the HDP party and saw lines of police in riot gear when we emerged following our meeting." Ms Anderson concluded: "I also met with the daughter of Leyla Guven to offer our solidarity and told her of the demonstrations across Ireland calling for her mother's release and the release of all Kurdish political prisoners." Photo shows Ms Anderson talking to Turkish police after being refused permission to visit hunger striker Leyla Guven.
ADVERTISEMENT - CONTINUE READING BELOW