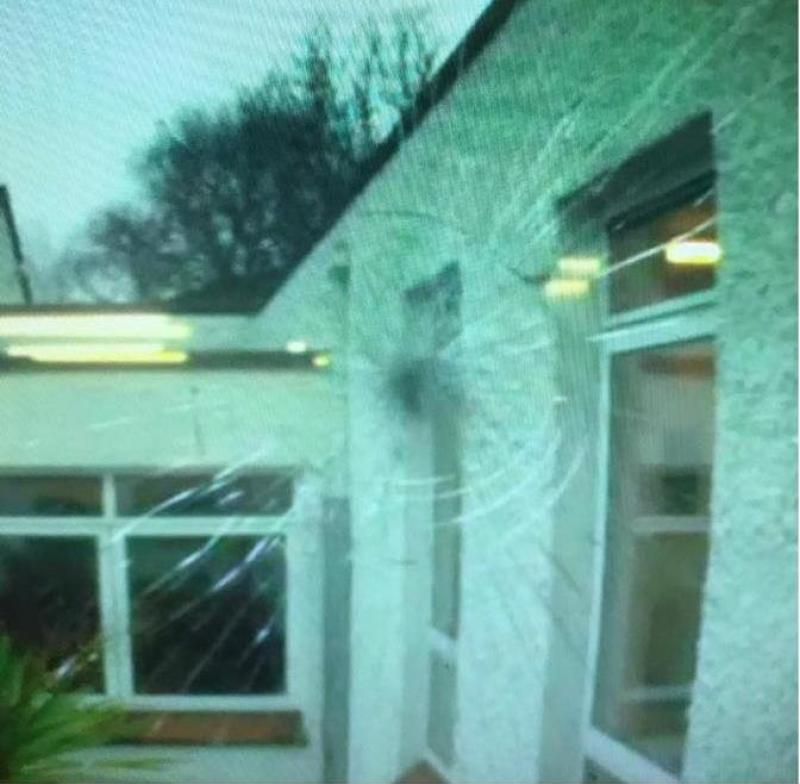 The head teacher of St Therese's Primary School has praised people in the area who alerted police to vandals who caused extensive damage to the premises last Sunday night (January 13).

The PSNI have confirmed that youths accessed the roof of the school around 7.30pm and used stone slabs to to smash through six skylight windows above classrooms.

Apart from the damage to the windows, the result was that the falling debris also damaged equipment including photocopiers and printers in the schools reprographics room.

Principal Rosemary Walsh said: "Someone in the area called the police and when they arrived at the school they disturbed four young teenage males.

"One of the police officers followed after them as they headed towards Leafair. Otherwise I believe there would have been a lot more damage. I think they were just warming up."

Whilst the damage was extensive, there is as yet no estimate of the final cost of repairs.

Principal Walsh continued: "Because the windows were skylights and had reinforced glass, some of it smashed onto the floor and the rest was left hanging out of it. So we have had to temporarily seal them up. We'll not know the final cost until they are properly repaired.

"They used concrete slabs which they fell onto photocopiers, but it had the knock-on effect of damaging the floor swell. Health and Safety considerations mean that floor cannot be left like that and will have to be replaced as well."

Sinn Fein Councillor Aileen Mellon told the Derry News: "I am dumbfounded how anyone could think there was enjoyment in doing this.

"Damaging property is bad enough but to damage a school affects many people. It affects the whole community. I'm really at a loss to think of a reason why this was done. I have offered my help to the school in anyway they might need it and it's an issue that will be certainly raised at the next meeting of our community safety team."

Rosemary Walsh however said that while she has no direct evidence, her instinct leads her to believe that those responsible for the attack were not from the immediate area.

"I would be shocked if they were from the immediate community. Ex-pupils would know how much this would annoy us. They wouldn't harm our school. I believe they were from outside the area.

"I would also like to thank the local community. Even when we are closed in the summer they look out for the school. It has been many years since the school was targeted like this.

"At the end of the day we can move money around. It is the children who will lose out as a result of this. I feel for our building supervisor who keeps the school immaculate.

"It's simply wanton criminal vandalism. If you come to a school at 7.30pm on a Sunday night and do that, that's exactly what it is. But, we have moved on and school life will go on as normal for the children. The staff have worked around it and accommodated it very well."

SDLP Councillor Brian Tierney said: "“There is shock in the Galliagh community that the local school was attacked in this manner.

“The attack has caused disruption as numerous rooms cannot be used due to obvious safety reasons.

“I have visited St Therese’s and staff are genuinely shocked that anyone chose to attack the school.

“School budgets are challenging and all money should be spent on educating our children, not footing repair bills for needless vandalism.”

“I would appeal to those involved in this type of behaviour to stop destroying our community. Anyone with information should bring it forward.”

Meanwhile, a Facebook statement from the PSNI said: "Our schools are already suffering, with many only surviving by equipment donations and fundraisers by parents. Let us know these youths are. They need to learn to cherish our communities rather than destroy them."

Anyone with information about the attack is asked to call police on the non-emergency number 101.