Brexit: ‘There is no Brexit fairy coming to help the British Government’-Martina Anderson 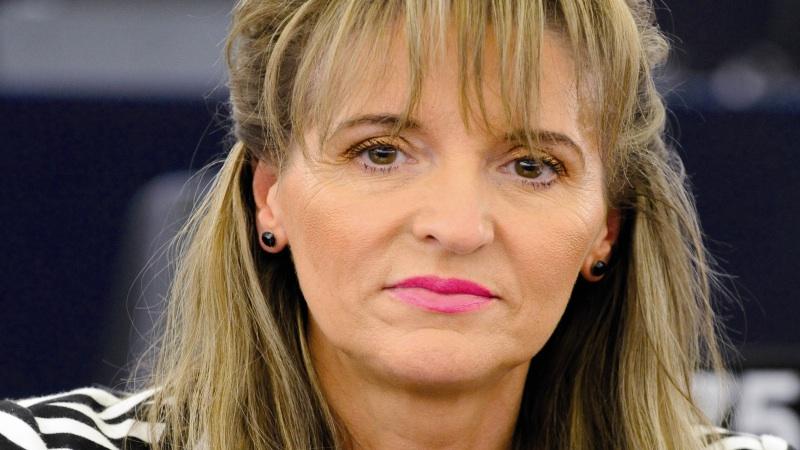 Sinn Fein MEP Martina Anderson has contended there is no ‘Brexit fairy’ coming to the aid of the British Government in the wake of the historic defeat for Theresa May’s proposed withdrawal deal from the European Union on Tuesday night.

The resounding defeat of the proposal by 432 to 202 votes is being regarded as the heaviest defeat for a British Government in modern parliamentary history. It has also significantly increased the likelihood that the UK will depart the European Union without a deal in place.

Last night, Theresa May was again fighting for her political survival as her government faced a vote of no confidence. The Government was expected to survive that challenge with the aid of DUP votes despite the fact the unionist party voted down the Brexit withdrawal deal just 24 hours previously.

However, in the event that the Conservative Government did suffer a no confidence defeat at some point, and that any government put together could not command the confidence of Parliament within two weeks, there will be another General Election.

A government defeat in a no confidence vote is one of just two ways that the Fixed Term Parliament Act can be put aside and a General Election can be triggered. The other is a motion to hold an early election passed by at least two thirds of MPs.

Speaking from the European Parliament, Martina Anderson told the Derry News that a solution to the difficulties caused by Brexit north and south of the Irish border was not going to come from the British House of Commons, but there was already a viable alternative on offer.

“I have spoken with the EU’s Brexit negotiator Michel Barnier and I have made it quite clear that the backstop is not negotiable.

“This was a humiliating defeat for any Prime Minister, but by any standards this government still appear to be living in some sort of Alice in Wonderland world. They now seem to want some sort of deal within a no deal situation. They want out of the EU but somehow they want things to remain the same. There is no Brexit fairy coming to help the British Government out of this mess.”

After the defeat of the Brexit withdrawal deal at Westminster, a senior Irish politician said for the first time that there may have to be checks on goods crossing the Irish Border in the event of a no deal situation.

Transport Minister Shane Ross TD, was asked after the British Government defeat whether or not goods arriving from the UK would be scrutinised said: “I would anticipate that there would be checks.”

However, Martina Anderson maintained that the effects Brexit debacle on Ireland could be avoided by triggering a border poll on reunifying the island.

“This is a conversation that needs to place. There is a route out of this that is legally enshrined and it’s contained within the Good Friday Agreement. The Secretary of State for Northern Ireland Karen Bradley has said that if there is a demonstrable attitudinal change then a border poll can be triggered.

“That demonstrable attitudinal change has been reflected in opinion poll after opinion poll. What it shows is that people do not want to be caught in the crossfire of a Tory party civil war.

“Who wants to be caught up with the British Government because there is no solution for Ireland coming from Westminster, but there is one within the Good Friday Agreement. Even some people within the Protestant, Unionist and Loyalist community have already asked what protections they would receive in an all Ireland context.

“They are right to ask those questions because who wants to sit on a train heading for a cliff if there’s an opportunity to get out before the crash.”