Brexit: DUP MP says we need a Brexit deal that people can accept 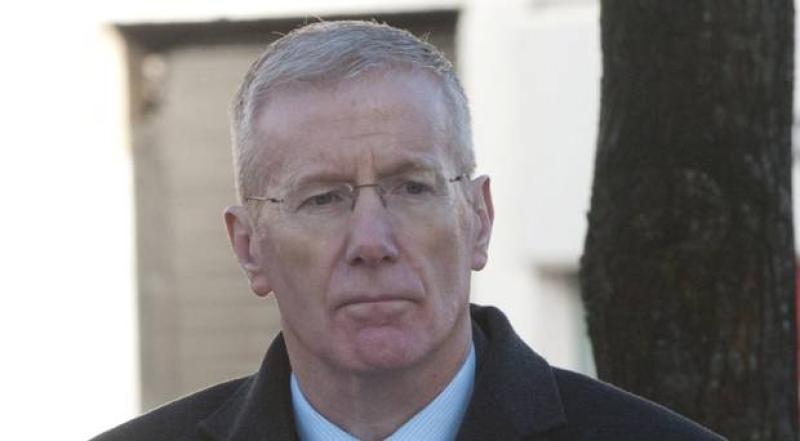 As the smoke began to clear at Westminster after Tuesday night’s explosive political drama, the DUPs Gregory Campbell said Theresa May needed to go back to Brussels and demand a Brexit deal that people in the UK could accept.

In a politically pragmatic move the DUPs ten MPs last night backed the British Government in the vote on confidence lodged against it by Jeremy Corbyn.

This was aimed staving off the prospect of a General Election and preventing the possibility of a Labour led government.

Last night’s move was despite the fact that the DUP Westminster bloc voted against Theresa May’s EU withdrawal deal on Tuesday night.

Gregory Campbell said: "In the past two years, a narrative has developed within the Chamber and across the nation, and it is a completely and utterly false premise. The narrative is that the EU, as constituted, is a place of safety, security and certainty.

“Many people have portrayed the United Kingdom leaving the EU as a ship in a storm facing an unfortunate and untimely departure from a port or harbour.

"That completely and utterly negates all that has been going on in the EU over the past couple of years and the seabed of that, whether it is national populism in Italy, Germany, Hungary, Sweden, France or Poland, or people’s sense of frustration, of isolation and of political establishments not listening or paying heed to what they say and want.

"That is what I detect in this country—a sense of frustration and alienation. Allowing an expansionist empire to keep us embodied as an annexe to the EU will not be a good future. It will not give our children and grandchildren a future to look forward to and aspire to.

"People in the United Kingdom will be not just aspiring to but demanding something above and beyond a good trade deal. They aspire to something greater, and that is an ultimate sense of freedom beyond the EU.”

Meanwhile DUP MEP Diane Dodds blamed the Irish Government and the EU Parliament for the defeat of the British Government's proposed withdrawal deal.

She said:"The intransigence of Dublin, EU leaders and this EU parliament in demanding the backstop leaves a no deal option on the table.

"By refusing to countenance legally-viable changes in the draft withdrawal agreement, these institutions made the result of yesterday's vote inevitable.

"We should now direct our energy to a positive negotiation on trade which minimizes all friction at borders without the controversy of the backstop. Ultimately this is where the answer has been all along and where it's progress will be unlocked."