Brexit: Chamber of Commerce President says scale of economic damage of a no deal scenario 'is difficult to comprehend' 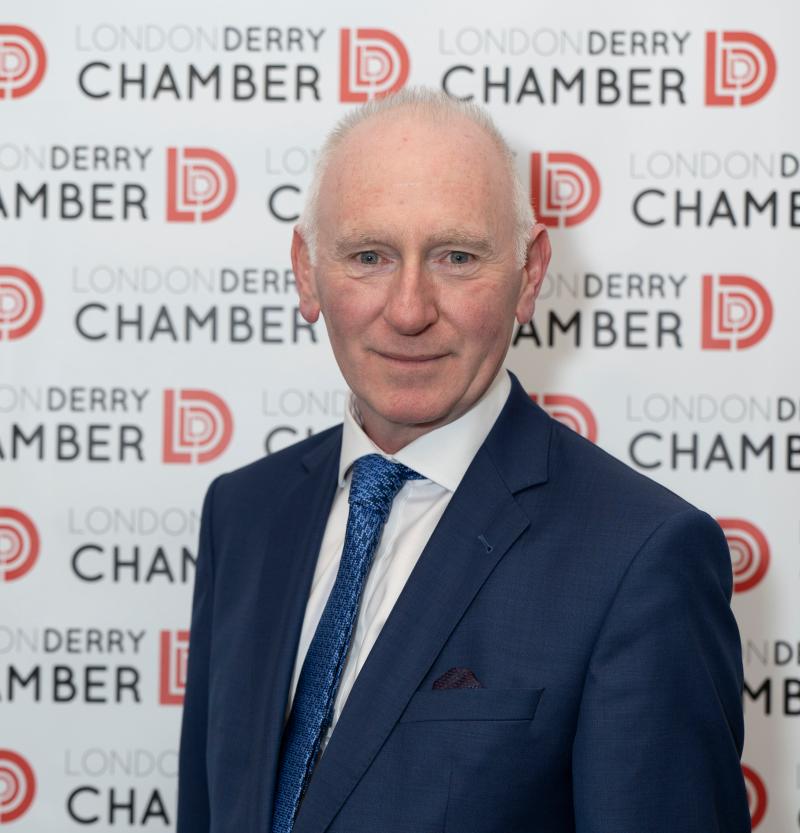 The President of the Londonderry Chamber of Commerce has said the extent of economic damage brought by the possibility of a no deal Brexit is difficult to gauge.

Brian McGrath said: “Despite consistent and coherent warnings from the business community, we now face a grave situation. It is difficult to comprehend the scale of damage that could be done to our economy by a no deal Brexit.

“Businesses are generally resilient and most will cope, but this huge uncertainty about what lies ahead means that companies will withhold further investment until things become clearer. This has ramifications for jobs and economic growth.

“Many businesses have been preparing for a no deal scenario but this is simply not possible for all of them, particularly small and medium sized businesses who do not have that resource to hand.

“There is now a responsibility on all politicians to ensure this does not happen. The consequences for our economy and wider society would be catastrophic otherwise.”

Sinn Fein MP for Foyle Elisha McCallion said the warnings from the business sector on a no deal scenario can’t be ignored.

“In the latest stark warning from the business community, Ibec and CBI have predicted that a no deal would do significant harm to jobs, investment, living standards and the all-Ireland economy.

“However, the DUP continues to do precisely that by pursuing a reckless agenda leading towards a no-deal Brexit which will have devastating consequences for the entire island of Ireland. They cannot be allowed to succeed.

“The DUP position on Brexit is reckless and ideological. It certainly is not in the interests of the people of the north of Ireland,” she said.

Meanwhile, the owner of a highly successful business in Derry says he already has formulated contingency plans to move his company across the border in the event of a no deal Brexit.

George Fleming, proprietor of Fleming Agri Products at Newbuildings said: “I already have contingency plans drawn up that if there is a no deal, I still have property in Donegal, which is in Europe and I will bring that into play. Initially I will be opening an office and then a manufacturing unit, depending on how quickly World Trade Organisation rules come into being.”

And, Glynn Roberts, Chief Executive of Retail NI said: “This is a disappointing but not unexpected result. While the Prime Minister’s draft Withdrawal Bill was in no way perfect, it was definitely preferable to crashing out of the EU with no deal”

“The Government now needs to work on a cross-party basis with Labour and other opposition parties to reach a broader agreement for a withdrawal deal and secure the transition period, protect jobs and a positive future relationship with the EU”

“Parliament needs to make it crystal clear that No Deal will not be accepted given the disastrous impact this would have on the economy of Northern Ireland and the rest of the UK.”

CAPTION:President of the Londonderry Chamber of Commerce Brian McGrath.
ADVERTISEMENT - CONTINUE READING BELOW