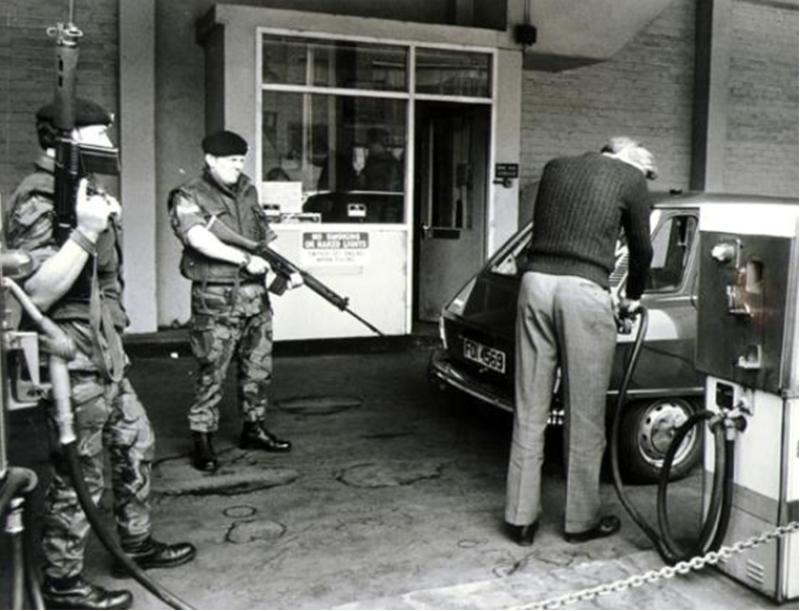 Civil Servants have been asked to volunteer to staff petrol stations if there is an oil supply emergency in the event of a no deal Brexit.

The likelihood of a British withdrawal from the European Union without a deal in place increased significantly last Tuesday night when Theresa May's proposed withdrawal scheme was handed an abject defeat at Westminster.

An email has been circulated by the Department of the Economy (DfE), which has responsibility for the Northern Ireland energy sector that includes the maintenance of the fuel supply in emergency situations, to Civil Service workers.

Those areas that will require coverage in the event on an emergency situation include Derry, Strabane, Omagh, Castlederg, Limavady, the Coleraine area, Draperstown, Magherafelt, Maghera, the Sperrin region, south County Derry and Cookstown.

The communication asks for Civil Service employees to temporarily switch their posts to “facilitate the oil industry in fuel contingency planning in the unlikely event of a supply disruption.”

The appeal by DfE to Civil Servants to volunteer to maintain the fuel supply states that coverage will take in 41 locations, covering 75 petrol stations across Northern Ireland.

And, the email harks back to the Ulster Defence Association led Ulster Workers Council strike 44-years ago that effectively crippled industry and services in Northern Ireland and led to the collapse of the first power-sharing administration at Stormont.

The document also says: “In the event of significant disruption to fuel supplies, DfE would work with the oil industry to ensure that organisations and individuals providing key functions, such as hospitals, and healthcare workers, continue to receive fuel until a normal supply is restored. These organisations and individuals would be directed to a network of strategically located filling stations spread across NI and identified as a priority for supply from reduced stocks.”

Should the fuel supply be disrupted in the event of a no deal Brexit the DfE says the fuel supply scheme would be administered from Netherleigh- just outside the Stormont estate in Belfast.

The success of the potential scheme, states the DfE document: “Would require two civil servants to be located at each of the designated filling stations for the period of the emergency to monitor the fuel demand and ensure that the process runs effectively and efficiently.

“Volunteers would check the validity of fuel permits presented by individuals, identified by their organisations, as a priority to receive fuel from designated filling stations.

“Details must be recorded of the amount and type of fuel purchased so HQ staff can track demand patterns. Training will be provided and they will explain the scheme to customers, thus leaving filling station staff free to dispense fuel and take payment.

“Civil servants will not be expected to police the scheme and would normally be positioned behind the sales counter with filling station employees.”

It is also made clear that the request to civil servants to volunteer for the job is not a suggestion that a fuel crisis is imminent, but is part of ongoing contingency planning that takes place across all Northern Ireland Civil Service departments.

There is also an application process for any civil servant considering taking up a post in the emergency fuel provision scheme. The information pack contains a list of Frequently Asked Questions for potential candidates.

One question is: “What happens if a customer becomes irate?” The answer states: “If a customer becomes unreasonable and or/causes a disturbance, confrontation should be avoided and staff should react to diffuse the situation. If required the PSNI can be contacted to assist in such circumstances, and these issues will be covered in a training session for volunteers.”

The document also says that those who volunteer for the scheme will receive a fuel permit, but only to help implement the scheme.

And, the only potentially negative impact of the scheme is listed by the DfE as: “Negative press feedback against the Department of the Economy could be the result if the scheme is not implemented properly.”

CAPTION: The British Army was sent in to help maintain the fuel supply during the loyalist Ulster Workers Council strike in 1974.
ADVERTISEMENT - CONTINUE READING BELOW