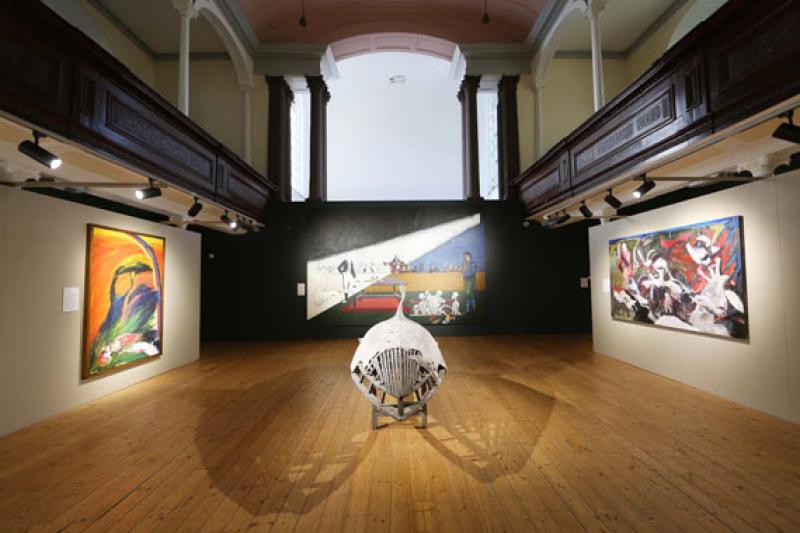 Coming Home: Art and the Great Hunger, the acclaimed famine-related art exhibition, will officially launch at Cultúrlann Uí Chanáin in Derry tomorrow.  The launch will be attended by Mayor of Derry City and Strabane District Council, Cllr. John Boyle, and MP for Foyle, Elisha McCallion.   The exhibition, currently on loan from Ireland’s Great Hunger Museum at Quinnipiac University in the US, will open to the public tomorrow, 18th January at An tSeaneaglais, Cultúrlann Uí Chanáin and will run until 16 March next.    The collection features over 50 artworks by eminent Irish artists, including: Jack B. Yeats, Dorothy Cross, Paul Henry, William Crozier, John Behan, Brian Maguire, Rowan Gillespie, Micheal Farrell, Hughie O’Donoghue and Alanna O’Kelly.   ‘It was always Quinnipiac University’s ambition to make this an all island exhibition. We hand-selected Cultúrlann due to its commitment to culture and the arts and its ambition to become Derry’s new Creative Quarter', said Director of Ireland’s Great Hunger Museum Ryan Mahoney.   Admission to the exhibition is free.
ADVERTISEMENT - CONTINUE READING BELOW