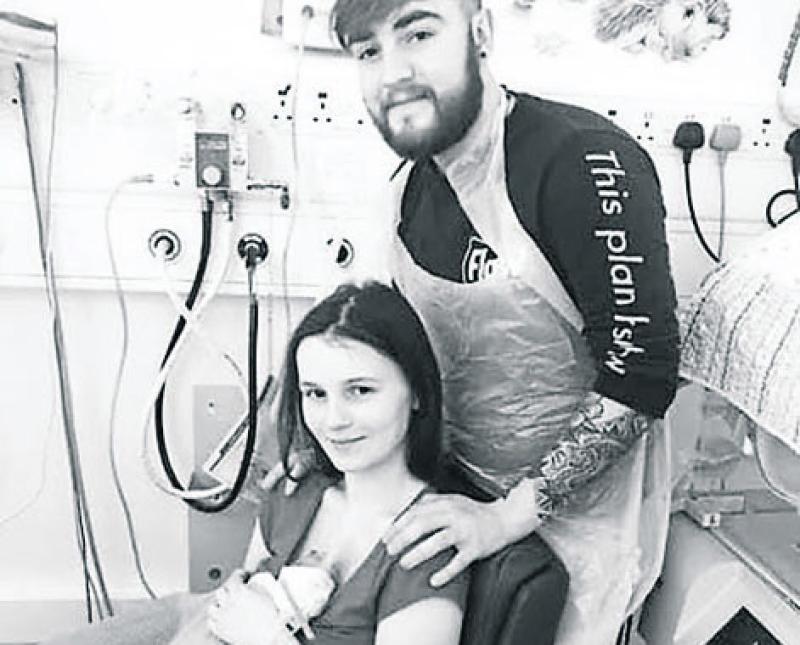 A fundraiser will take place in the Creggan area of Derry today in aid of a charity which supports parents with sick children. Hugh’s House in Dublin provides free accommodation for parents of children who are being treated in hospital and have nowhere else to stay. It has emerged that several local families have been assisted by the charity since it opened a number of years ago. A volunteer from the charity said that ‘plenty of lovely families’ from Derry have stayed at Hugh’s House. “Three Derry families had been staying with us for the last 6-8 weeks and two children have just transferred back to Derry hospital last Friday,” she explained. One of those families was Rachael Mooney and Kevin Lynch, whose baby, Hope Isabella, who was born at 26 weeks weighing 520 grams - she had stopped growing at 23 weeks. They had picked the name Isabella but when she was born their families said "we will just have to live in hope and keep up the hope for everyday she is living so Kevin looked at her and said, we are calling her Hope." Baby Hope is said to be "doing well’" and has just been transferred back to Altnagelvin Hospital. The Dublin-based charity offering a haven for families of sick children was founded by Ade Stack after she lost her son, Hugh. Sadly, Hugh lived for just eight months and for the majority of that time he was cared for in hospital. Through her own experience she noticed families sleeping in waiting rooms, cars or having to travel long distances every day. Ms Stack took it upon herself to establish Hugh’s House so that parents in the same situation would have a place for respite which also allows them to remain close to their child in its time of greatest need. Parents are allowed to stay at Hugh’s House free of charge, it is situated at Belvedere Pl, Mountjoy, in Dublin which is a short five-minute walk to Temple Street Children’s University Hospital. Whilst there, parents are also able to share their own experiences which helps build an important support network at what it a very distressing time. “It’s a place where you’re loved, where you’re cared about, showing that the wider community does care that you’re going through this hard time,” Ms Stack explained. “We depend on the generosity of the people of Ireland, those who say, thank God I will never need that house. Hugh passed away in the August, we never got a cent off the HSE, but we knew the need was there so we actually opened the Spring after he died. The first Mother’s Day after Hugh died was spent hoovering the stairs. “We all expect to lose people in our lives but when you lose a child it’s really hard because it feels unnatural. But this feels really natural, it feels like we just made a little herd and the love of all the people who helped us in the house, all of the rooms have been adopted by families who lost a child, and I hope all of that love is present in the house, and people feel loved and cared for and wanted.” At the house volunteers cook meals for families and there is a play area for young children who may be visiting their sick siblings. Local Independent Councillor, Gary Donnelly, became aware of the charity recently in his role as a community representative. He has now encouraged the public to register to take part and support fundraising efforts tomorrow. “I became aware of Hugh’s House recently when I was looking for help for a local family and I am aware that a number of families from Derry have recently availed of the service. “Creggan Community Collective will be holding a fundraiser on behalf of Hugh’s House Dublin. We will be doing a sponsored Spin Cycle beginning at 9am on Friday 18th January. The cycle will cover the distance of 150 miles the distance from Derry to Dublin. Recently a number of Derry families have availed of the invaluable service provided by Hugh’s House and all money raised will go to this worthwhile cause.” If you would like to help out with this event by taking part please contact the Creggan Community Collective on 02871414498. Photo shows parents Rachael Mooney and Kevin Lynch with baby Hope.
ADVERTISEMENT - CONTINUE READING BELOW