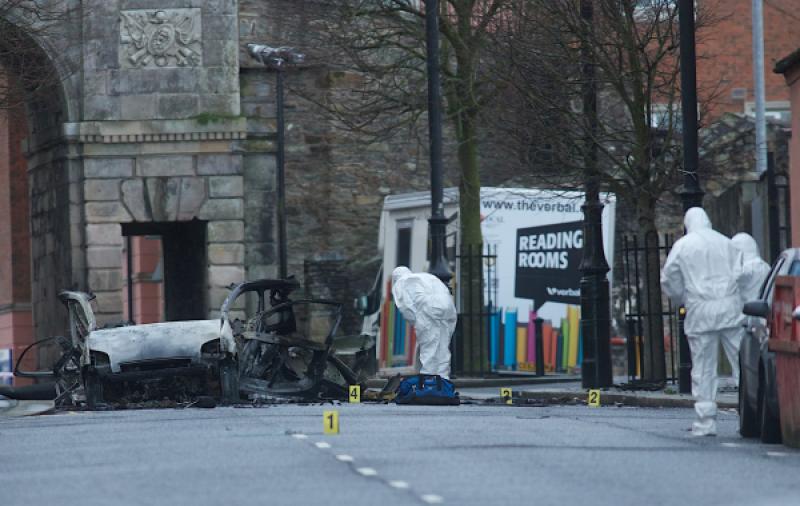 The PSNI have revealed that there have been two arrests in connection with the car bombing incident in the Bishop Street area of the city last night. Police said the vehicle used in the explosion was hijacked from a delivery driver in Quarry Street a short time before the blast. The device exploded at 8.10pm. Assistant Chief Constable Mark Hamilton said: "At around 7.55pm last night officers on patrol in Bishop Street spotted a suspicious vehicle and were making checks when, around 5 minutes later, information was received that a device had been left at the courthouse. "We moved immediately to begin evacuating people from nearby buildings including hundreds of hotel guests, 150 people from the Masonic Hall and a large number of children from a church youth club. "This attack was unbelievably reckless. Thankfully the attackers failed to kill or injure any members the local community out socialising and enjoying the best of what the city has to offer", Assistant Chief Constable Hamilton said. "The people responsible for this attack have shown no regard for the community or local businesses. "They care little about the damage to the area and the disruption they have caused. The area remains sealed off and church services at St Augustine’s has been moved to St Peters and the Cathedral services have been cancelled this morning as a result."
ADVERTISEMENT - CONTINUE READING BELOW