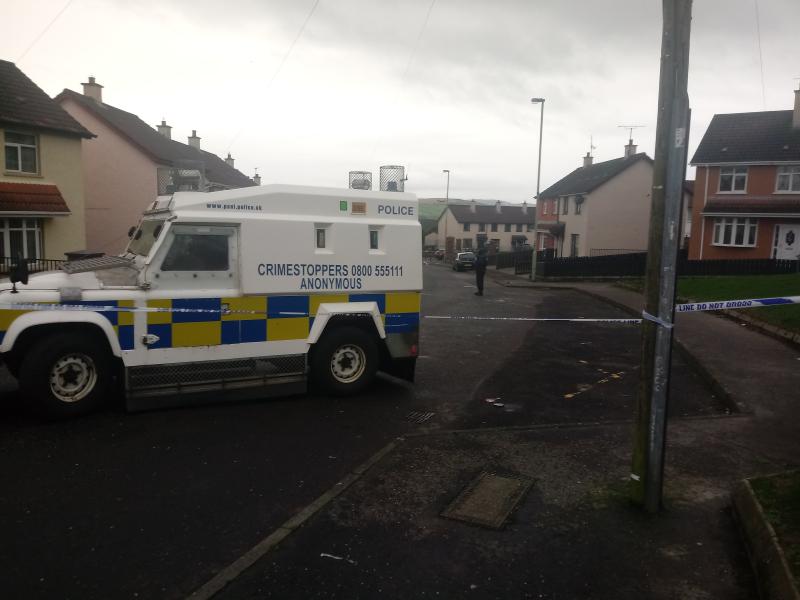 Police have confirmed that a number of homes have been evacuated in the Circular Road area of the Creggan estate in Derry due to an ongoing security alert.

Superintendent Gordon McCalmont said: “Unfortunately, a number of people have had to leave their homes after the report of a vehicle hijacking at around 11:30am today. It was reported three masked men hijacked a white Transit van who threw an object in the back of it before abandoning it.

“We are fortunate a community centre in Central Drive in the Creggan has been made available to those who have been evacuated.

“A number of cordons have also been put in place.

“I know this security alert will cause significant disruption to many people, but we will not take any chances and we have no option but to take these measures in order to keep people safe.

“This is the last thing the people of the City need, or want, but I want to reassure people we are doing all we can to minimise disruption.”

CAPTION: The scene of the security alert in Derry.
ADVERTISEMENT - CONTINUE READING BELOW