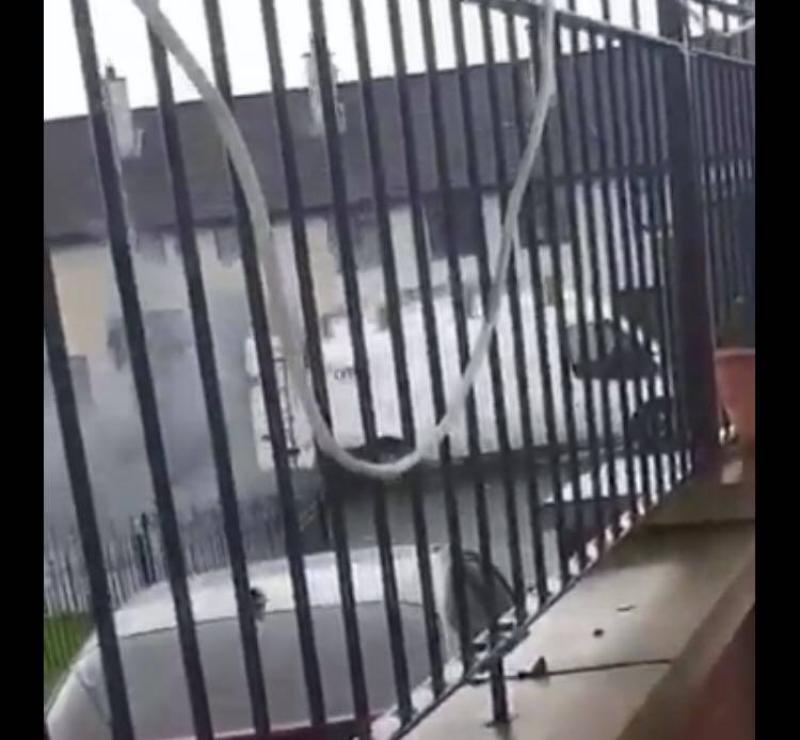 Police have confirmed that British Army bomb disposal experts have carried out two controlled explosions this afternoon in Creggan’s Circular Road on a van that was hijacked at around 11.30am this morning. WATCH:[video width="320" height="640" mp4="upload/2019/01/21160410/video-1548085843.mp4"][/video] A second security alert is still going on a short distance away on Southway after a Royal Mail van was hijacked at gunpoint and abandoned. A number of homes remain evacuated and the cordons are still in place whilst the police investigation continues. Police have asked the public for continued patience, and thank them for their co-operation while they work to make both areas safe. Just before 1.45pm police received a report a Post Office worker’s vehicle had been hijacked on Southway by four masked men, one was said to have had a gun. The two occupants in the van were ordered to drive the vehicle to the Lonemoor Road and leave it. It is also understood that poarents of children at a local primary school received text messages this afternoon advising them to pick their children up as soon as possible while the alerts continued. Sinn Féin Councillor Kevin Campbell has condemned those behind the security alerts. He said: "Ongoing security alerts in Circular Road and Southway have caused significant disruption to local residents this afternoon with many homes being evacuated and the streets closed. "Those responsible for this disruption have shown complete disregard for the people of Creggan, particularly elderly people who live in this area. "There can be no justification for this type of reckless activity."
ADVERTISEMENT - CONTINUE READING BELOW