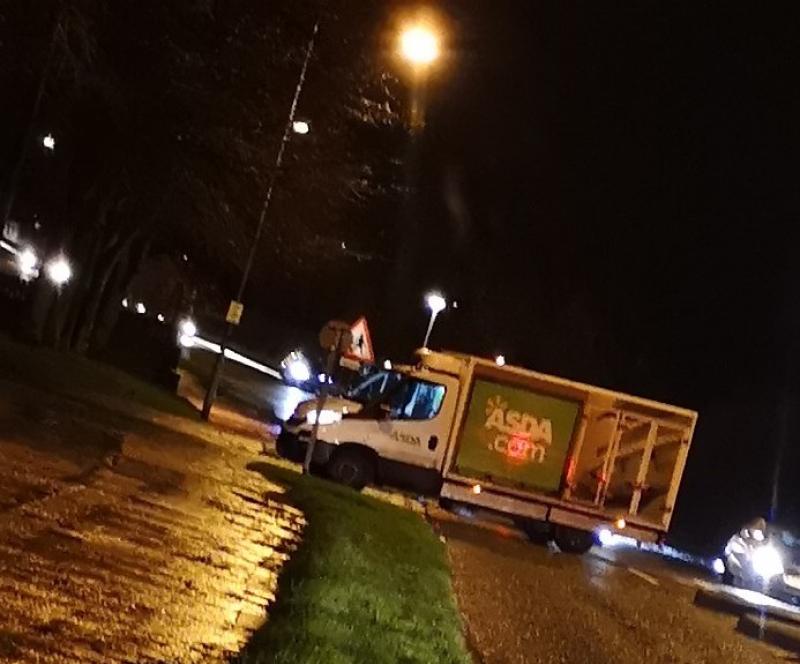 All three security alerts in Derry yesterday have been confirmed as hoaxes by the PSNI. The alerts at Circular Road in Creggan, at Southway and at the Northland Road did however cause serious disruption as people in all three districts were evacuated from their homes. A series of alerts began in Creggan yesterday morning around 11.30am when police received reports that a white Transit van had been hijacked by three masked men in the estate. The assailants then threw an object into the van before abandoning it. British Army bomb disposal experts carried out a controlled explosion on the van yesterday afternoon. Whilst that alert was ongoing two delivery drivers were approached by four masked men and told to drive their Royal Mail van into Derry city centre. The van was however abandoned at Southway on the edge of the Creggan estate sparking a second alert. Residents of Iona Park in the area were then evacuated from their homes for several hours before being allowed to return. And, last night a goods delivery vehicle was abandoned at Glenbank Road in the city close to the entrance of St Mary’s College on the city’s Northland Road. There was also an unsuccessful attempt to hijack a bus in the Moss Road area of Galliagh. PSNI District Commander Superintendent Gordon McCalmont said: “We can confirm that all three alerts were hoaxes however we cannot underestimate the impact these incidents have had on our community. “The occupants of the hijacked vehicles did not believe when they set out for work this morning that they would be threatened by masked men. The residents in Circular Road, Southway and Northland Road did not wake up expecting to be asked to leave their homes for their own safety. Too many people were affected because of the deliberate and anti-community actions of a few. “We are grateful to those in the community who worked with us to find temporary shelter for those evacuated and for the patience of the people of this city as we worked as quickly as possible to make sure it was safe for normal life to resume. We share your anger and frustration when incidents like this happen but our overriding priority will always be the safety of everyone in this city.” CAPTION: The van abandoned at Glenbank Road in Derry.
ADVERTISEMENT - CONTINUE READING BELOW