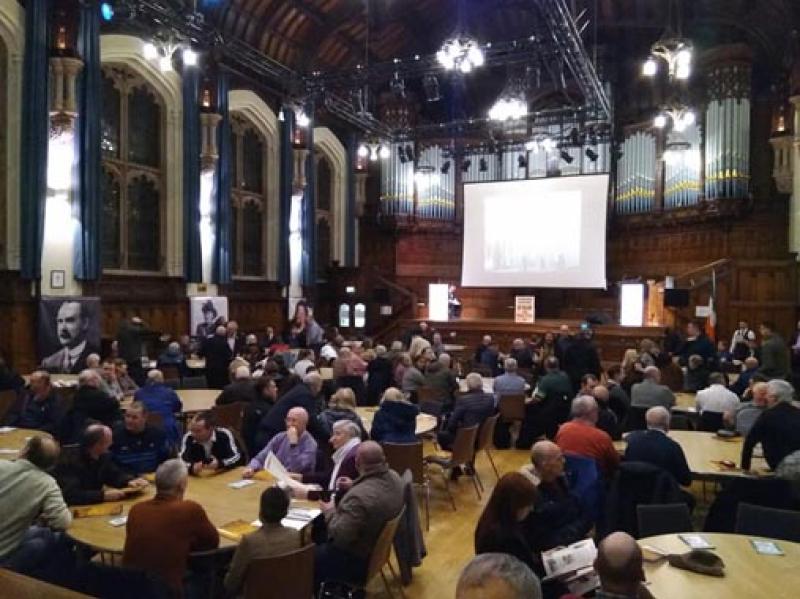 Brexit has exposed the failure of partition and the strategic opportunity that now exists to end it must be seized, Sinn Féin deputy leader Michelle O’Neill has said. Speaking at a major event in Derry’s Guildhall last night to mark the 100th anniversary of An Chéad Dáil, the party's vice president called for the transition to Irish unity to begin. Ms O'Neill said: “Brexit challenges all of the old assumptions about the previous constitutional, political and economic status quo in the north and south of Ireland,” Michelle O’Neill commented. “It has exposed the undemocratic nature and failure of partition in Ireland which created an artificial future which has and will remain contested. “The fulcrum of the Brexit crisis is the border in Ireland. “There is a growing sense that circumstances are rapidly changing which will inevitably lead to the final break-up of the constitutional structures of the United Kingdom which Theresa May and the DUP say they are committed to preserving.” Photo shows the attendance in the Guildhall last night for the Dail Eireann 100th anniversary event. See Thursday's Derry News for full report and photographic coverage.
ADVERTISEMENT - CONTINUE READING BELOW