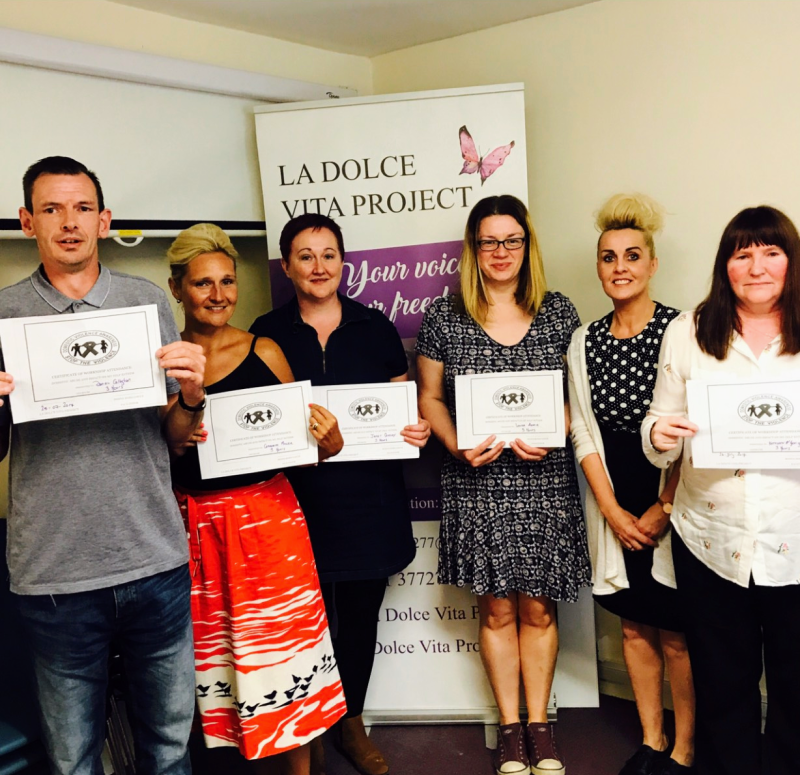 A Derry based charity has criticised politicians for ‘failing’ victims of domestic abuse and ‘costing lives’ after a new bill was published which will support survivors and tackle perpetrators in England and Wales. The landmark draft domestic abuse bill, published this week, will prevent victims from being subjected to cross-examination in court by their abusers, and recognise non-physical and financial abuse as forms of domestic abuse. However, as this is a devolved matter the same reforms cannot be introduced in Northern Ireland due to the political stalemate.  A local charity which offers counselling and support to victims of domestic abuse has said this is a ‘failure’ on the part of local politicians. Coordinator of services at domestic abuse charity La Dolce Vita Project, Donna-Maria Logue, said: “We fully believe that people are being failed by the lack of an assembly. “If you look at the cost of domestic abuse, £66bn in England and Wales, and the impact on people’s physical and emotional health, there are MLAs saying they’re in support of new domestic abuse laws, however, they’re not, they’re failing them by not coming together to move things forward so that Northern Ireland’s laws are in line with the rest of the UK. “There are incidents being reported every eighteen minutes and domestic abuse is an issue that should be high on the agenda of local politicians. “Cross-examination would put a lot of people off reporting incidents, there is a high rate of people that don’t report, what we see is just the tip of the iceberg and implementing new laws can give victims faith in the system. “At the minute for everybody going through cross-examination in Derry and Northern Ireland, they’re not being supported, it is costing them their lives and having an emotional impact on them.” She added: “People here are voiceless, and they are absolutely disgusted at the length of time this has been going on.  Politicians are failing victims of domestic abuse, their children, their extended family – they’re failing our community. “A lot of people don’t notice emotional abuse at first, it’s just the physical, but there is normally emotional abuse first and the rest of the UK has recognised that but we’re lagging behind once again because people won’t sit down to talk and come to an agreement. “We’d see emotional abuse on a regular basis and have offered training to get information out there because there are a high number of people who have been affected by emotional abuse and they don’t recognise the affect it has had on their self-esteem and confidence. “Our politicians need to realise that it’s time to move forward, it’s time for change, domestic abuse victims want to be supported and want to see their perpetrators prosecuted.  How long is this going to go on?  How long are domestic abuse victims going to be failed?” ‘Additional protection’ The Department of Justice (DoJ) for Northern Ireland acknowledged that no action can be taken in the absence of an Executive but said that legislation has been ‘prepared’ to provide additional protection for victims of domestic abuse. A DoJ spokesperson said: “The Department was made aware of the Domestic Abuse Bill that has been published today by the Home Office.  While this area is a devolved matter we continue to consider what additional support and protection can be provided to those affected by domestic violence and abuse. “The Department, in conjunction with our statutory and voluntary sector stakeholders, has prepared legislation to deal with abusive behaviour, defining that abusive behaviour and providing additional protection for victims of domestic violence and abuse as they go through the court process. “Work is also underway to introduce additional support for those who are affected by domestic violence and abuse, whether or not they have reported this to the police.  In addition, a range of measures are being progressed under the seven-year domestic and sexual violence strategy.” Those affected by issues raised in this story can contact La Dolce Vita Project on Tel: 028 7137 7272 or Mob: 07802 888328.  Foyle Women’s Aid can also be contacted on 028 7141 6800. Photo: Staff at La Dolce Vita Project including Donna-Maria (second from right).
ADVERTISEMENT - CONTINUE READING BELOW