Bloody Sunday: Soldier considered for prosecution is understood have died 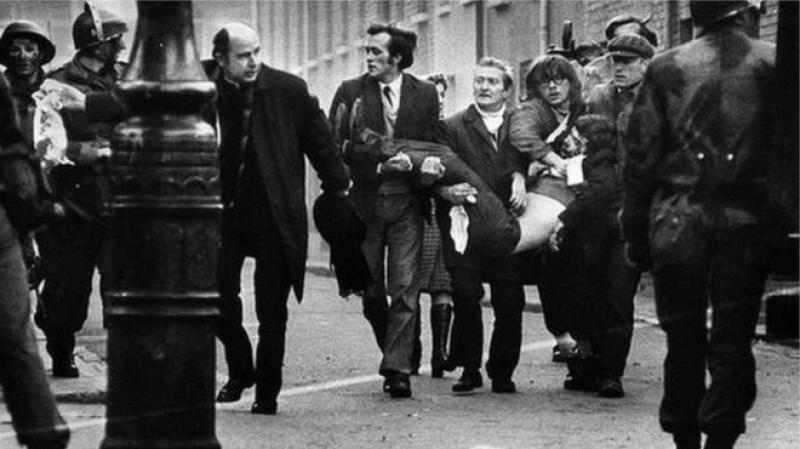 One of 18 soldiers being considered for prosecution in relation to Bloody Sunday is believed to have died.

An email circulated by the Public Prosecution Service (PPS) to relatives of those killed and wounded on January 30, 1972 has been seen by the Derry News.

According to the PPS communication, the man believed to have died was known as ‘Soldier N’.

The PPS have informed those affected by the soldier's involvement on Bloody Sunday they are awaiting formal confirmation of the man’s death and have instructed police to seek proof in the form of a death certificate.

The PPS also said that while they "do not doubt the information" they received, they do require official proof. If confirmed, it will be the fifth death of a soldier being considered for prosecution.

It is understood that Soldier N was being considered for prosecution for the wounding of one man and also for his actions at Rossville Street car park.

The news comes just days before the 47th anniversary of Bloody Sunday. A series of events have been taking place all this week in Derry and will culminate in the annual Bloody Sunday March for Justice this Sunday (January 27).

In May, 2017 it emerged that 18 soldiers were being considered for various charges by the PPS in relation to Bloody Sunday including murder, attempted murder, wounding, perjury and joint enterprise.

In September 2017, it was revealed that two former members of the Official IRA were also being considered for prosecution.

The police investigation into Bloody Sunday took a number of years to complete before the files were passed to the PPS.

Thirteen people were shot dead on January 30, 1972 with a 14th victim dying later from his injuries.

Relatives of those killed and wounded on Bloody Sunday are awaiting a final decision on whether the remaining soldiers involved on the day will face charges or not.