George Hamilton to step down as PSNI Chief Constable 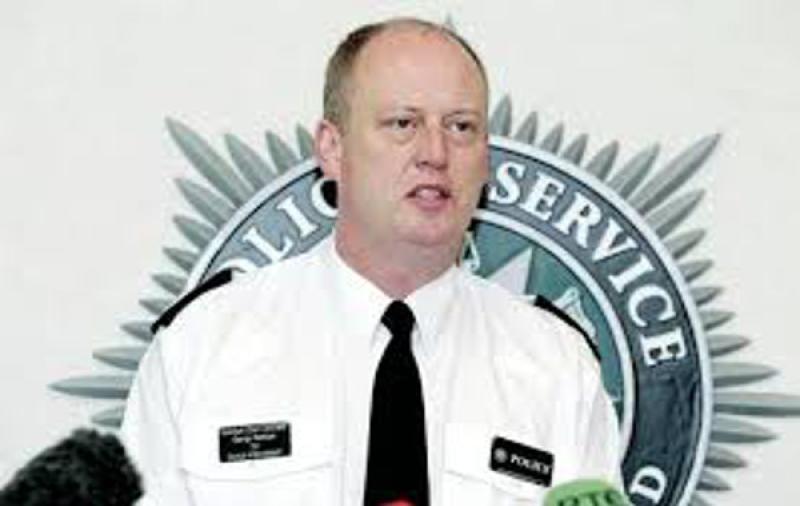 George Hamilton is to retire from his role as PSNI Chief Constable on completion of his contract at the end of June next. He will have served five years in the role and almost 34 years in the Police Service. Confirming he was to step down, Mr Hamilton (pictured) said: “I want to thank the Policing Board for their ongoing confidence in me and the offer of a three year extension to my contract. Having thought long and carefully, I have decided that it is the right time for both me and the PSNI that I retire from policing in June 2019. “I have completed almost 34 years in the police service, having served in the Royal Ulster Constabulary GC, Strathclyde Police and Police Service of Northern Ireland. “It has been a huge honour to have served the public through policing and without doubt, the greatest privilege of my career has been to serve as Chief Constable of the PSNI for the last five years. “I am privileged and humbled to have led the dedicated officers and staff of the PSNI and to have worked in partnership with so many people committed to public service in Northern Ireland and beyond. “Our society today is a much more peaceful and progressive society than it was when I joined policing over 33 years ago. The PSNI has been part of that transformation, as it has focussed on delivering Policing with the Community at the same time as modernising its service delivery. “There is no doubt that there are challenges in the months and years ahead, but we have overcome greater challenges in the past and there is nothing that cannot be achieved if the police, our partners and the community continue to work together." He concluded: “I will continue as Chief Constable until the end of June 2019 and during that time I remain fully committed to keeping people safe and helping to build a safe, confident and peaceful society.”
ADVERTISEMENT - CONTINUE READING BELOW