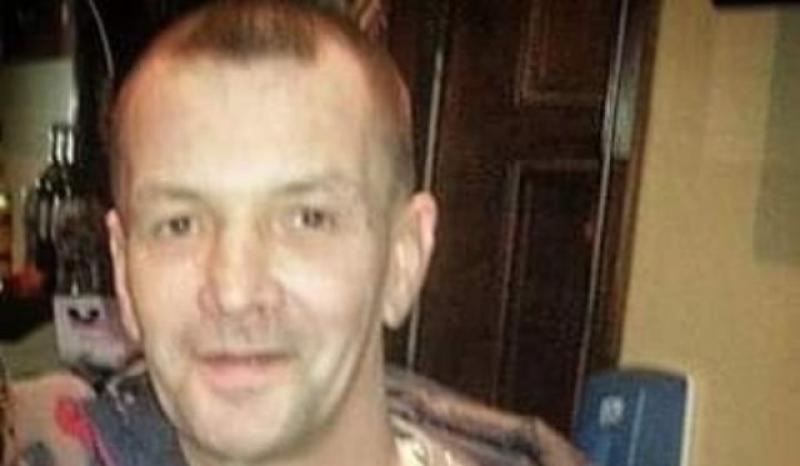 Two men charged with the murder of Edward Meenan in Derry in November last have been refused bail at the local Magistrate's Court. Sean Rodgers (31), of Little Diamond, and Ryan Walters (19), of Crawford Square, are both charged with the murder on 25 November. `The body of the father-of-nine (pictured) was found in laneway behind Creggan Street. A police officer outlined police objections to bail, in Rodgers' case stating there were fears he could re-offend. He also said police believed he would be unwilling to appear in court. The officer said the murder had led to 'considerable tension and anger within the community.' He said there were also fears they Rodgers could "suffer at the hands of others" due to the murder. The police officer said that Rodgers had an extensive history of violent offences and had a propensity to use weapons' and was a risk to the public if released. He outlined some of the offences in Rodgers' record of 30 previous convictions including a case where the defendant received a seven year sentence for an attack in which a man was stabbed in the throat. He also told the court that in another case Rodgers had had his licence revoked. Defence barrister Sean Doherty asked the officer was it the police case that two of the three charged with the murder had been forensically linked to the deceased but Rodgers had not been and was told this was so. He also asked was it the case that the man who accompanied the deceased to the property that night had told hospital staff he had fallen down. The barrister also said that this man had not identified Rodgers as being present at the time of the murder. Mr Doherty said that the scene had presented police with "a veritable gold mine of forensics" but as yet there was nothing to link his client. The officer said that there had been a meeting of the forensic scientists involved in the case and they were confident their reports would be finalised by the target date of March. The barrister said that despite the police objections as to re-offending and other aspects of Rodgers' record: "There is not enough evidence to connect thus man to the most serious of charges." Mr Doherty said that while there was CCTV putting Rodgers in the general area his mother lived close by. Deputy District Judge Laura Ievers described the case as "sensitive and complex." She said there was evidence of a prima face case against Rodgers and said the court was "unsettled by the possibility of re-offending" and refused bail. In the case of Walters, the officer made similar objections as to the risk of re-offending and interference with witnesses. He said Walters had 30 previous convictions including one where he kicked a homeless man on the ground. The officer said some of the convictions were "serious offences involving violence." He said that Walters had breached bail on numerous occasions in the past and he did not believe he would adhere to conditions. The court was told that a target date for a full file was 25 February. Defence barrister Eoghain Devlin asked the officer in his experience had there ever been a case where a full file in a murder case was available three months after the offence was committed? The officer said "yes" but could not cite any. Mr Devlin said it was more likely to be two years before the case would be dealt with. In response the officer said as far as he was aware everything was on target. Mr Devlin said his client had made no attempt to leave the city nor to interfere with witnesses before his arrest. The officer said that they were investigating a phone call that they believed may have been an attempt to organise a way out of the city. Mr Devlin said that as the city was a matter of miles from the border Walters coukd have got on a bus. Judge Ievers said the court was concerned at the risk if re-offending and refused bail. Both men will appear again on 14 February.
ADVERTISEMENT - CONTINUE READING BELOW