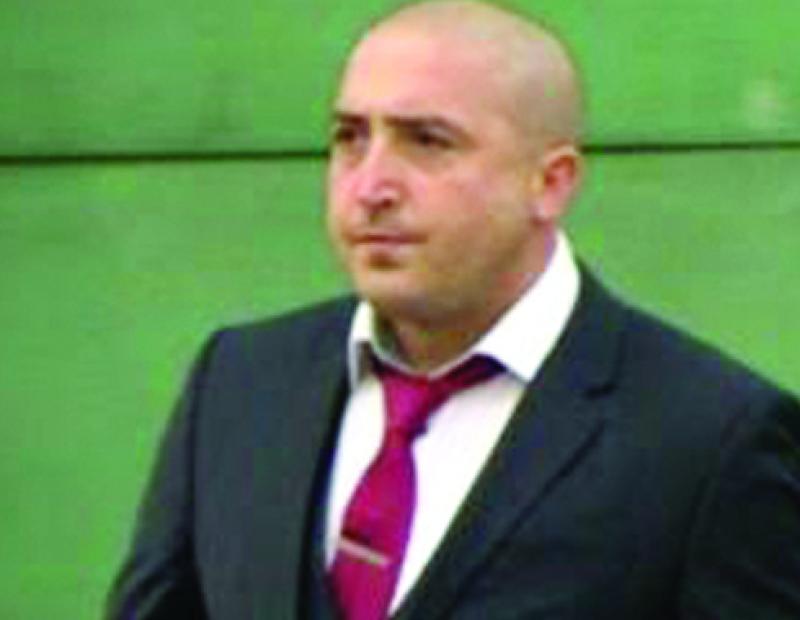 A man currently serving a ten year jail sentence for the manslaughter of Derry man Paul McCauley was involved in an incident in a city centre bar days after he was charged.  Matthew Brian Gillon (31), of Kennedy Place, admitted being disorderly on licensed premises and an assault charge that occurred on 14 May 2016. Gary Heaton (45) of Gortin Meadows, Gordon Murray (43) of Bann Drive and Robert Robb (45) of Cheadle Park, all in Derry pleaded, guilty to assaulting a man occasioning actual bodily harm.  The court was told that police were told of an ongoing fight in a bar in the Diamond area.  Ambulances also attended and several people were taken to hospital.  The incident involved what was described as "a large group of males" in the upstairs bar.  During the melee chairs were thrown and there were reports of at least one man being kicked as he lay on the ground.  There were also reports of chants of "UDA, UDA." Ciaran Shields, defence solicitor for Gillon (pictured), told the court his client was currently serving a lengthy sentence.  He said this incident had occurred shortly after Gillon had been charged in relation to Paul McCaukey's murder.  He said there had been "extensive press publicity" and Gillon had been shouted at when he entered the bar and this had led to the incident.  Defence counsel Andrew Moriarty for Murray said his client deeply regretted what had happened.  Catherine Devlin barrister for Heaton said it was "out of character" for her client and added that he was "very embarrassed." She said he denied taking part in any chanting and said he was "horrified at the suggestion." Sean Doherty counsel for Robb said his client was a hard working man.  Deputy District Judge Laura Ievers said the case was aggravated by reports of someone being kicked on the ground.  She said the men were "very firtunate" it was being dealt with in the Magistrate's Court.  Gillon was sentenced to four months in prison suspended for 13 months.  Murray was given a six month sentence suspended for 12 months and ordered to pay £250 in compensation.  Heaton and Robb received similar sentences and also ordered to pay £250 each in compensation.
ADVERTISEMENT - CONTINUE READING BELOW