Bloody Sunday: 'Soldier N' victim hits out at police and the prosecution service 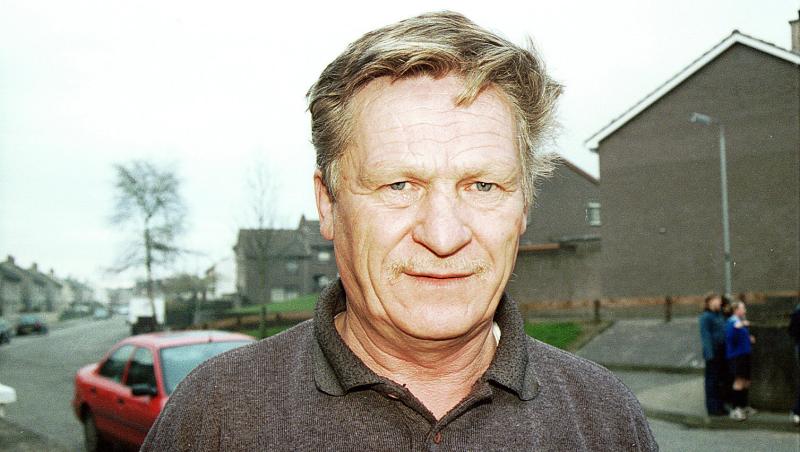 A man wounded on Bloody Sunday by a soldier who has recently died says he believes the PSNI purposely delayed handing over their investigation files to the Public Prosecution Service (PPS) in an attempt to prevent British ex-military personnel ever appearing before the courts.

Michael Bridge was wounded by a soldier on January 30, 1972 in the Bogside. The man who shot him,  known only by the cipher ‘Soldier N’, held the rank of Lieutenant in the Parachute Regiment.

He was one of 18 soldiers under consideration for prosecution in relations to his actions on Bloody Sunday.

A PPS decision on prosecutions is anticipated to happen next month and could see soldiers involved on Bloody Sunday face charges of murder, attempted murder, wounding, joint enterprise and perjury.

Mr Bridge has also contended that the PPS failed in their duty to directly inform him of the soldier’s death. And, he added that those that carried out shootings on Bloody Sunday must face perjury charges irrespective of the pending PPS decision on wider prosecutions.

The PPS last week informed relatives of the dead and those wounded that they had been told by Soldier Ns legal representatives that he was deceased. The prosecution service also said they had  instructed police to provide definitive proof he was dead in the form of a death certificate.

Whilst the PPS has said they have no "reason to doubt the information” they’d been given by Soldier Ns lawyers, it is understood that as of yesterday, they were still awaiting receipt of a death certificate in respect of the dead soldier.

Speaking to the Derry News, Mr Bridge said he’d only learned of the death of the man who shot him through press reports.

“This man had apparently been dead for over a week so the PPS had plenty of time to get in contact with me. I had no official contact from anyone to tell me.”

In response to Mr Bridge’s claims he had not received direct contact about the death of the man who shot him, a spokesperson for the PPS told the Derry News: “The Public Prosecution Service has remained in regular contact with the families of victims and those injured on Bloody Sunday.

“We are committed to trying to ensure that families and victims are informed first in any development of the case. When we became aware that there may be media speculation around the unconfirmed death of a soldier, we sought to inform everyone as a matter of urgency.

“As Michael Bridge was directly affected we took immediate action, using his nominated contact point, to ensure he was informed before the publication of the media story. In the light of the issues he experienced, we intend to get in touch to ascertain if he wishes to change his contact details.”

A PSNI investigation into the actions of the British Army on Bloody Sunday began in 2012 and their files were handed over to the PPS in 2016.

The death of Soldier N, according to Michael Bridge, also raises a series of questions for the PSNI to answer.

He told the Derry News: “The only people this benefits is the PSNI. There are certain questions that need to be asked now. There has been an investigation going on now for eight years.

“They have been investigating the conclusions of Saville which were that in total, 28 people were shot. It was a crime, a very serious crime. So, who  is responsible for the delay in deciding on prosecutions?

“The delay has been so long we have to ask if they are actually questioning Saville’s assertions that Bloody Sunday actually happened.

“Who is taking responsibility for them (the soldiers) not being prosecuted for perjury?”

Directly after the Saville Report on Bloody Sunday was launched on June 15, 2010 it was announced that the soldiers involved in the killing and wounding may face perjury charges.

In his report, Lord Saville concluded that apart from one soldier-‘Private T’-all the other paratroopers involved “knowingly put forward false accounts in order to seek to justify their firing.”

At that time also, Northern Ireland’s Public Prosecution Service in tandem with crown prosecutors in England said they were investigating whether witnesses had committed perjury at the inquiry.

A PPS statement in 2010 said: "It is noted that some evidence was given to the inquiry sitting in London. The PPS will consider in consultation with the Crown Prosecution Service where jurisdiction lies in regard to any possible offences that arise."

However, in November 2015, following the arrest and questioning of 'Lance Corporal J' in Northern Ireland, seven other soldiers lodged a successful High Court application that they could only be questioned at police stations in England because of potential threats to their lives by republicans if they were questioned here.

Whilst the soldiers under PPS scrutiny may face a range of charges including perjury as a result of the PSNI investigation, none of them have been charged with the offence as a result of the findings of the Bloody Sunday Inquiry.

Michael Bridge told the Derry News: "That is questionable to say the least. Even if that was true, the question still has to be asked about who authorised the situation they would not be charged with perjury as a result of Saville's findings?

"The question remains why they haven't been taken to task over perjury because it was the firm conclusion of Saville that they deliberately and knowingly lied while giving sworn evidence.

"Somebody, somewhere made that decision. In my opinion it is illegal. I think it can be seen to be illegal by anybody because there was a direct instruction under process of law. So, partially the blame lies with the PSNI because they delegated the decision making process away to the Metropolitan Police.

"Even if you look at that process as correct, which I don't, the fact the PSNI would not question the soldiers is a direct attack on the judicial system."

The Derry News yesterday put Michael Bridge's comments to the police. In response, a spokesperson for the PSNI said: "A number of police files are currently under consideration by the Public Prosecution Service, therefore it would not be appropriate to comment at this time."

Soldier N was the commander of the Mortar Support Platoon of the Parachute Regiment on Bloody Sunday. He was in one of the two leading vehicles when the Para's made their deadly incursion into the Bogside 47 years ago and was amongst the first to open fire when he disembarked from the Army vehicle.

The Saville Report recorded: "Shortly after arriving at the entrance to the alleyway, Lieutenant N fired two rounds from his rifle at two men who were in the alleyway and soon afterwards fired a third round in the same direction."

The Derry News also asked Michael Bridge for his thoughts on the death of the man who shot him.

He said: "It benefits nobody. It doesn't benefit me because I have lost the right to see him in court, which I campaigned for forty years to see.

"It's not a matter of conjecture, it has been consistently proven.

"I think what's happening now is plainly political. The PPS say they will give an answer on prosecutions next month. Well, I'll forecast something right now. If they give an answer next month and say that these guys are being charged, and maybe even name them, there will be nobody appearing in court for another four or five years.

A spokesperson for the PPS told the Derry News that they are still on course to deliver a final decision on prosecutions next month.

"Consideration of the Bloody Sunday files is at an advanced stage and we are aiming to have decisions taken by the end of February.

"We are now seeking the views of families on the arrangements they would wish us to put in place to communicate decisions to them as soon as practicable after they've been finalised."